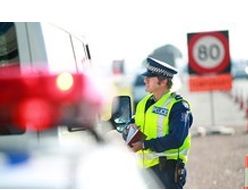 New Zealand has achieved its first ever Queen’s Birthday weekend without a death on our roads.

The count is officially at zero.

She says people are choosing to comply with road rules in what’s a long term change.

Spt Rose says the attitude shift has already come into play since 2010 when the road toll started to decline.

She says it’s not an achievement by police, but by all New Zealanders and proves what a difference can be made if everyone works together.

She says zero is the best number in the world right now.

A 72-year-old South Auckland man is dead after a hit and run incident in Mangere on Sunday night, but because it happened on a driveway it doesn’t count towards the road toll.

Police are still investigating the circumstances and have yet to confirm whether there’s a homicide investigation.

Queen’s Birthday of 2010, as well as the same period in 1995, both with two deaths, were previously the lowest road toll since one death in 1956.

Weather across the weekend wasn’t the best for travelling says WeatherWatch.co.nz.  The long weekend kicked off with heavy rain and strong winds and even though yesterday was calm there was fog, showers and drizzle patches in a number of populated areas including Auckland and Wellington regions.  Heavy rain also returned to the West Coast.