Hint of rain on horizon but don’t hold your breath 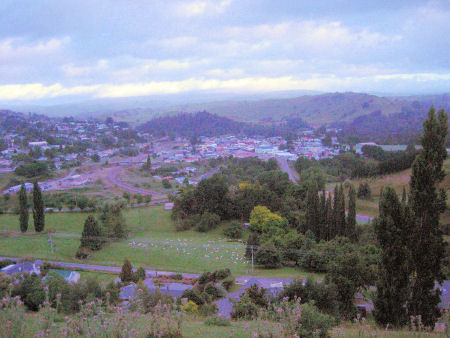 We’ve said it before but we’re hoping a rain bearing frontal system will deliver what it’s promising at this point in bout ten days time.

The country is looking mostly dry for at least another week with some rain hovering off the northeast of the country on Wednesday/Thursday next week but then a more significant low seems to be pushing in from the Tasman sea as next weekend approaches.

Latest data shows an anticyclone to the east of us gradually slipping away and light rain over central parts of the North Island could be replaced by more moderate falls.
It seems much of the country could see this, with the exception of the deep south, during the latter stages of next weekend.

We’d like you to bear in mind that this is the long range forecast and one or two models has rain coming and going but patchy in places.

Sunday, next weekend, sees rain intially from the Auckland region all the way down to Canterbury however by Monday the following week it’s looking more concentrated on the North Island.
It appears it wants to hang in for a couple of days with a focus on the Auckland region particularly.

“it doesn’t look overly heavy but if it does stick with us for 2-3 days it’ll make a difference and a steady rain might see a few smiles return in rural areas” says Weather Analyst Richard Green.”Because it’s still over a week away these things can change and already we’ve seen this recently where it appears there’s rain but it breaks up as the time gets nearer to the actual event” he says.
“We’ve been watching this timeframe for a few days now and it seems to be consistent but we’ll believe it a little more it if the picture is still clear by early next week” Green says.

WeatherWatch.co.nz sees early March having the potential to deliver some rain and with a possible change in weather patterns it could be that the dominating anticyclones wont keep hogging all the limelight.
There could be more of a chance for fronts and lows to make more of an appearance but still not dominate the situation.

Today is set to realise a dry day across most of New Zealand with just the odd light shower over the Far North possibly to start with but it’s expected to clear up pretty smartly by later this morning.

Temperatures should be slightly abover normal for many areas today where the sun’s blazing down and coastal sea breezes in some districts could temper that a little.

Hottest areas are mostly inland where the breezes from the coast struggle to make it that far and 30 degrees shouldn’t be that far off the mark over inland parts of the South Island.

Homepage image of Taihape, where any morning cloud should disappear