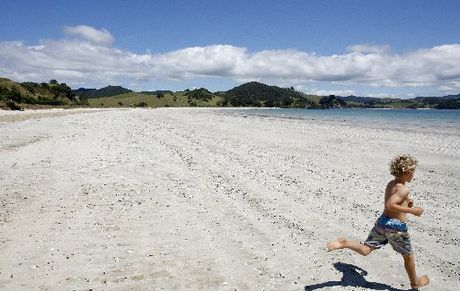 In what is the most important weather battle of the year shows that the hig pressure zones are beginning to inflate a little and the rain bearing system this weekend hasn’t quite got the punch it once had.

That doesn’t necessarily mean that rain won’t be in the picture at all but it’s just that not all regions will get a fair dollop.

“It still will be wet in places but the North Island doesn’t seem to be in the firing line quite the same” says Head Weather Analyst Philip Duncan.”Western and many areas over the South Island are looking at reasonable showers or periods of rain but the north is looking more like showers and not really that widespread at this point”.

WeatherWatch sees western areas of the South Island on Sunday moving across most other provinces later in the day or on Sunday night.

“We have a change in the weather pattern I’m pleased to say but it’s not going to be a silver bullet just yet for these droughts.The following 10-12 days shows a more signficant system bringing more widespread rain to the country however that’s still a little way off to be totally confident at this point” says Mr Duncan.

Today the weather is looking more serene than this weekend with a high maintaining dry skies and a combo of sunshine and cloud.
Temperatures should warm up a notch or two across the south and remain warm over the north.

As Northland’s drought bites, rural residents on water tanks are having to call for deliveries.

Water carriers across the region have been busy with increased demand.

It can cost anything from $250 upwards – depending on where the homeowner lives – for 10,000 litres of tank water, but the situation is not as bad as the big drought in 2010 which saw many water carriers rushed off their feet.

A pattern best not repeated: At Wellington (Kelburn) in early January 1947 there was a fall of 35mm, and things would have been quite green after ample spring and reasonable December rainfall. Next came 34 days with nil or less than 1mm rainfall- and then 4 days with 11, 103, 23 and 8mm – I expect there was a fair bit of runoff from the really wet day. Then another 32 days with negligible rainfall! I don’t know what conditions were like by then, but grass growth etc must have been rather stressed.

After that normality returned and a substantial dump in mid-April produced a run of generally wet months to the end of October.