High vs high: Your situation & outlook for Tuesday 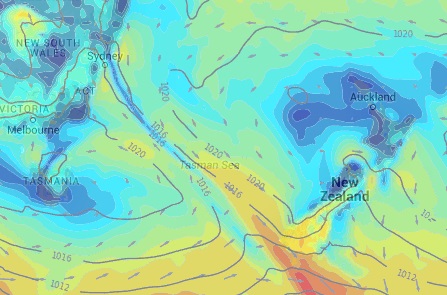 Tuesday is the story of two highs – with a large, slow moving high sitting to our west, in the Tasman sea, and another sits east of the South Island.
Meanwhile, a ridge sits over the northern third of the country, bringing more sunny and settled weather!

Westerly winds will dominate in western parts of both islands, while northeasterlies prevail in the east.
Most areas will see a mixture of sun and cloud, with Taranaki through to Kapiti looking at a cloudy start – though this should burn off somewhat in the afternoon.

Canterbury is looking at a drizzle patch or two to start the day off, while the West Coast will also see showers break in the afternoon.

In the late afternoon, a shower or two is possible about the upper South Island, though these will probably be restricted to inland ranges.