Home > News > High rainfall in the east and north for ...

High rainfall in the east and north for August 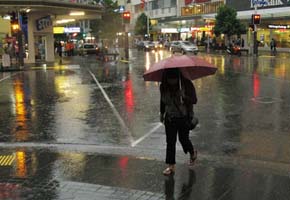 August was dominated by big Tasman Sea lows with sub-tropical connections moving over New Zealand, towards the end of August this pattern began to change to the more spring like systems we will be getting from now on.

The sub-tropical connections and the nature of the lows bringing mainly east to northeasterly winds meant rainfall was high in the east and north of the South Island and a similar pattern occurred over the North Island, yet out west in the South Island conditions have been rather dry overall and Southland has broken low rainfall records. Rainfall figures for western areas of the North Island were close to average for the month of August.

Another result of the airflow coming from the northeast made it a mild August compared to normal. And naturally the areas experiencing low rainfall received the highest amount of sunshine hours. Here are a few figures courtesy of NIWA: