Here comes the sun – for most of us 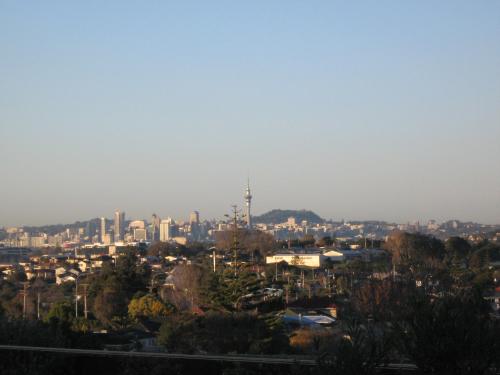 Hang in there – blue skies and warmer temperatures are on their way for the rest of the long weekend, say forecasters.

Stormy seas, galeforce winds and cool temperatures have ruined holiday plans for many since the start of the Queen’s Birthday Weekend.

“It’s really just a stormy start to the weekend – the good news is it should clear in most places by today. Tomorrow looks really good,” he said.

Strong rain and wind since the start of the weekend have hit some businesses in the pocket and disrupted travellers.

English tourist Tim Beckett, 22, planned to head to some of Auckland’s favourite tourist spots – Mt Eden and Mission Bay – but the wet weather forced him indoors.

“It’s not very nice to be walking by the sea with water blowing in your face. I stayed in and watched a DVD instead,” he said.

Kayak Waiheke owner Ross Barnett had to cancel a group booking yesterday because of the conditions.

The lack of sunshine also kept people away from beaches and meant a “very quiet” day at Riba’s Fish and Chips in Devonport, said owner Jun Byung.

Bad weather also forced organisers to delay by 24 hours the start of a yacht race from Auckland to Fiji.

From tomorrow, northwesterly winds would bring temperatures in the high teens or low 20s to Auckland, said Duncan.

Further south will be a little colder but better weather is due tomorrow.