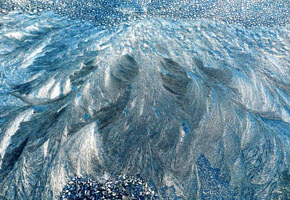 An anticyclone will move over the country tonight paving the way for sunny
clear skies tomorrow in most places however there is one last sting in the
tail of the departing southwesterly airflow and that is the potential for
heavy frosts to develop tonight and tomorrow morning especially in inland
areas around the country with Central Otago looking to be hit the heaviest.
WeatherWatch.co.nz analyst Aaron Wilkinson says:

“Central Otago could expect lows of around –8 degrees tonight so black ice
will be an issue on the roads in the morning, ice on the roads could still
cause issues for most of the day in areas sheltered from the sun.”

Further severe frosts are likely on Sunday and Monday mornings aswell
however by Tuesday morning an approaching depression from the Tasman Sea
will bring a northerly airlfow over the South Island with higher overnight
temperatures.