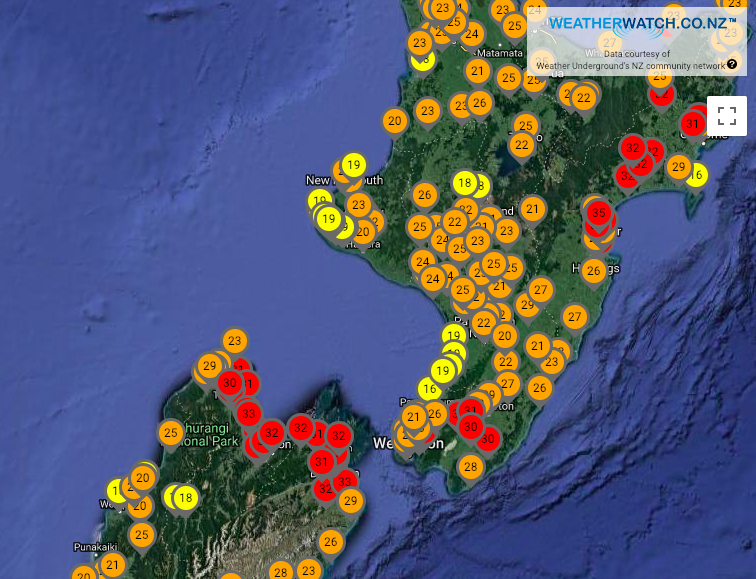 While western New Zealand is cloudy and cooler those that are inland or sheltered to the west have hot weather, especially the upper South Island which WeatherWatch.co.nz said last week would likely be one of the hottest, if not the hottest, part of NZ to be in on Monday.

Highs today will reach the mid 30s around Nelson and Marlborough today and maybe even Hawke’s Bay too.

Inland parts of the South Island, despite varying cloud covers, may also be in the late 20s and early 30s.

Thick cloud in western coastal areas have temperatures nearly 10 degrees lower. While Auckland is mild today, along with Taranaki, the daytime highs won’t be too impressive but overnight lows will be mild for the next few nights with humidity levels up too.

#12NoonUpdate: Parts of #NewZealand‘s upper South Island & eastern North Island are now in the Low to Mid-30s C temperature-wise and it may go even higher this afternoon! #Heatwave

Click the observations map for LIVE temperatures (This map taken at 9:45am Monday) 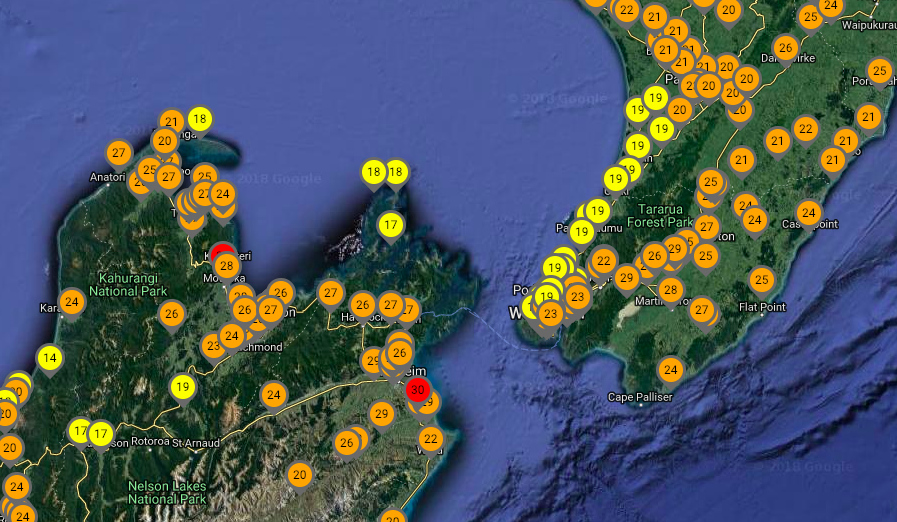 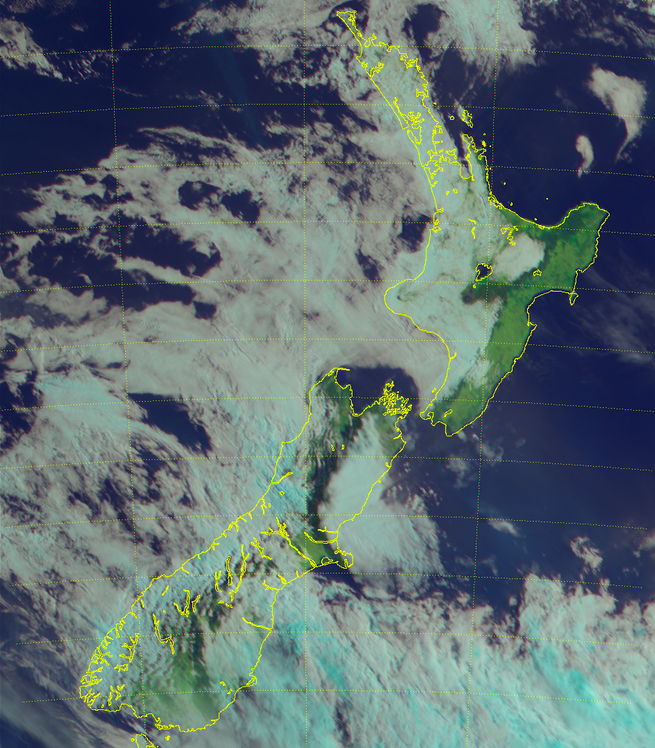 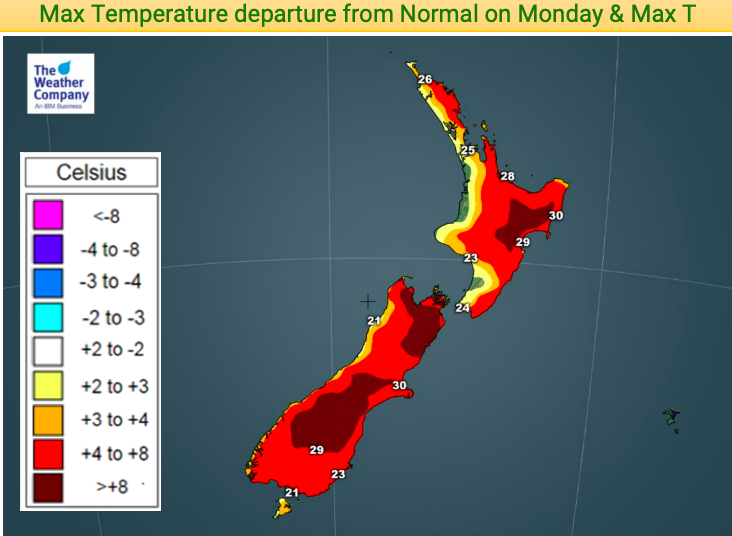 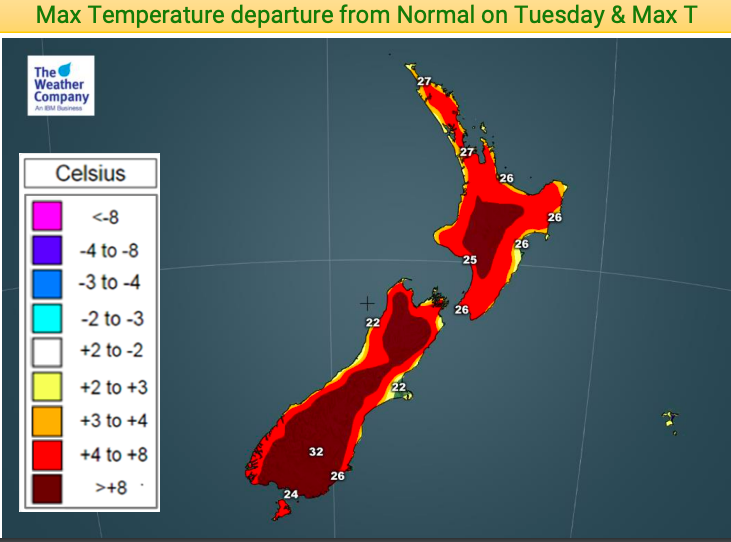 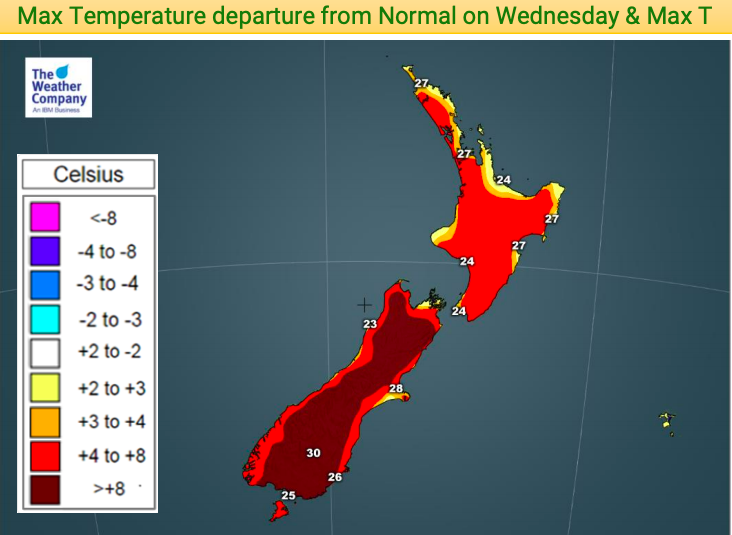