Home > News > Heatwave for some parts of NZ next week,...

Heatwave for some parts of NZ next week, highs up to 34 degrees possible (+7 Temperature Maps) 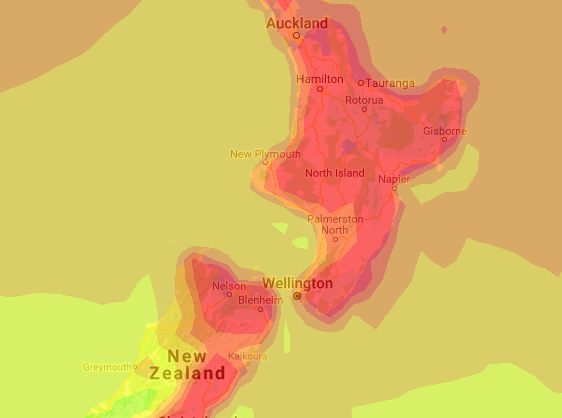 Temperatures will be consistently higher than average in some parts of New Zealand from this Sunday through much of next week with 30+ temperatures forecast, says WeatherWatch.co.nz.

For the most part many regions will have daily highs between 27 and 32 degrees, some a degree or two higher and lower.

It will be quite the contrast from this week which has had two significant temperature drops on Monday and again today.

Next week is consistently warmer but a slight cool down is likely in the very south later on Thursday PM or Friday.

Here are the hottest places from this Sunday, through next week (From south to north):

MAPS
Comparing today’s mid afternoon temperatures with the hotter weather coming in from this Sunday and across next week: 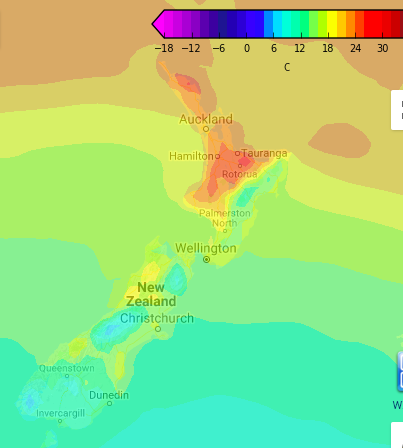 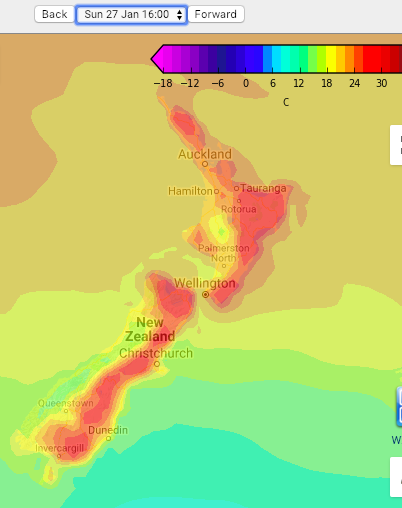 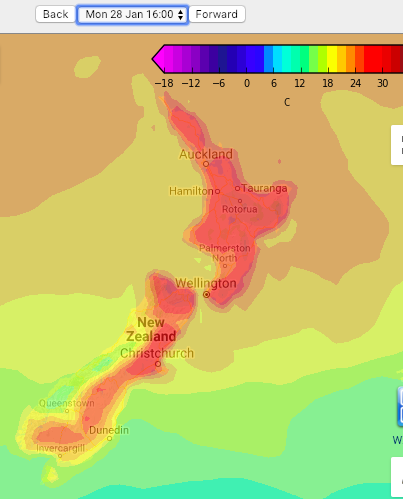 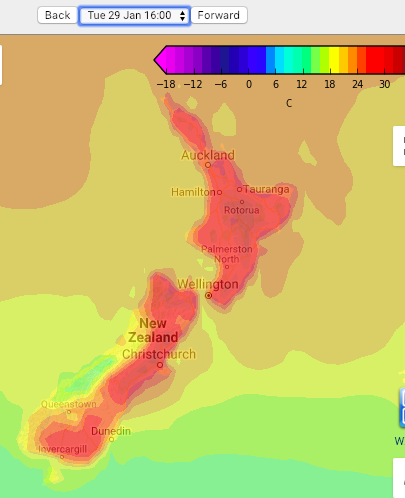 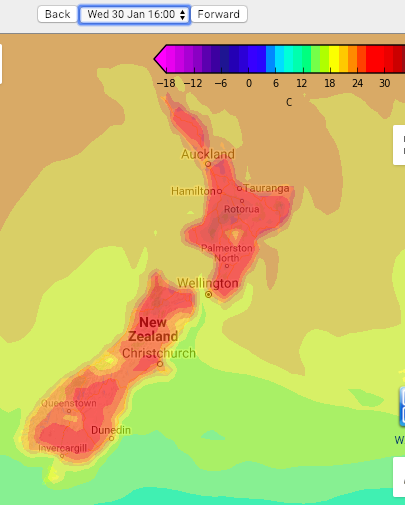 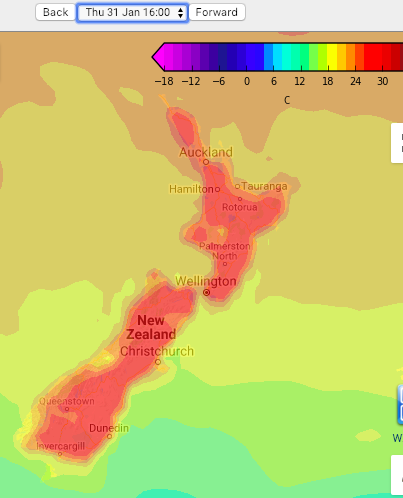