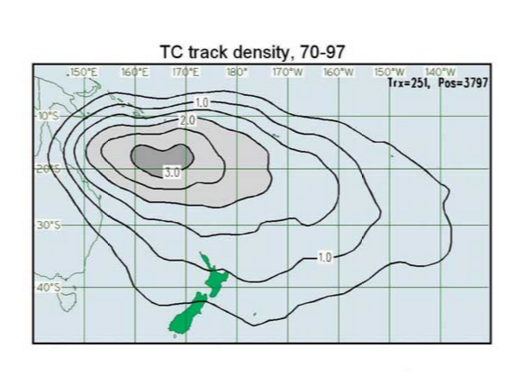 The anniversary of one of Hawke’s Bay’s biggest storms has almost passed with not even a whiff of the type of rain that submerged the province 28 years ago.

Cyclone Bola devastated Hawke’s Bay on March 6-8, 1988, with rainfalls exceeding 400mm in some areas north of Napier, causing widespread erosion in some cases still visible today, and in one act destroying the Wairoa town bridge.

It brewed from a late February cyclone in the Pacific, similar in timing and origins to Cyclone Winston which devastated Fiji last month.

But this year has been light on the rain with rainfall across Hawke’s Bay in February well down on averages for the month, but balanced by heavy rain over a short period at the end of January, which among other things caused the cancellation of a one-day cricket international between New Zealand and Australia in Napier.

Te Pohue farmer and former Federated Farmers national president Bruce Wills said some had been worrying about climate forecasts and the recent drying of Hawke’s Bay, but it’s “usual Hawke’s Bay” and with prolonged warm temperatures, maybe some are forgetting the heavy rain of six weeks ago.

Some showers are forecast for later this week.