Have your lawns taken off? 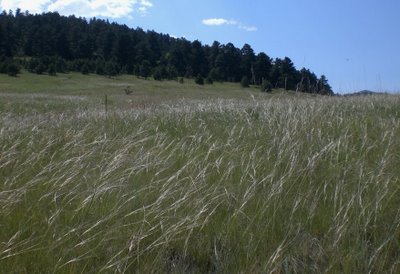 One thing that has flourished in the recent wet and windy conditions during Spring has been the grass.

Soil temperatures have lifted despite the inclement weather conditions but in many cases lawns and grassy sections have thrived and the growth has been quite pronounced.

Hayfever sufferers haven’t particularly enjoyed the rapid growth but the wind has also played a part in flaying it about in every which way.

WeatherWatch.co.nz has heard of a couple of instances from readers where lawns are being mown twice a week to try and keep it nice and tidy.

It appears as if it’s set to continue for at least a few weeks yet which sees us get underway for the summer season.

Last summer the growth continued unabandoned in some areas as it was a damp and muggy season but the deep south enjoyed endless sunshine and the growth wasn’t to the same degree as other parts of the country.

How has your lawn fared in recent weeks? has it taken off or been fairly measured?

We’d love to get your take on it by hitting our comments section.

My lawns haven’t taken off they are still on the ground lol. The lawns seem to be growing quite well though the lawnmower needs to be taken out of the garage every week now.

Yes they have, only did them Saturday and already the growth is showing through in a big way. I usually do them 3 weekly as we have a large area but the way it’s looking I could be down to 2 weekly for a while.
In fact growth is good in everything in the garden so a busy time until any heat and dry weather from summer slows it down.

This spring weather is becoming a pain now, tired of the winds and cooling effect they have. Today is fairly cloudy so the temperature is still in mid teens, forecast for 18+ but unless cloud allows sun to come through it will not happen. It’s trying so I am giving it all the support I can.
I am in Whangarei.