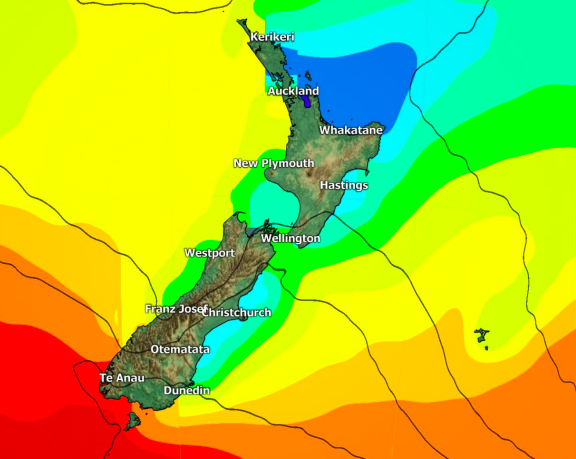 Spring weather conditions arrived over a month early in New Zealand this year, now it appears November’s weather  pattern has already turned up despite being just a few days into October.

November’s weather, compared to October, tends to be calmer, drier and warmer. The weather pattern we have today and for the next several days looks very much like this – milder than average, drier than normal and not so windy. Soil moisture maps and long range rainfall maps also back up the current and upcoming conditions compared to normal.

One week from now there does appear to be a cold change for many areas, but it doesn’t look major. Definitely a burst of windier weather and perhaps, for some exposed regions, a return to winter weather conditions for a day or so, but nothing yet is jumping out as extreme.

There are rainmakers nearby too. The remnants of an out of season early ex-tropical cyclone may bring some rain to Northland on Thursday while a couple of weak cold fronts brush Southland and Fiordland on Thursday and again Sunday. 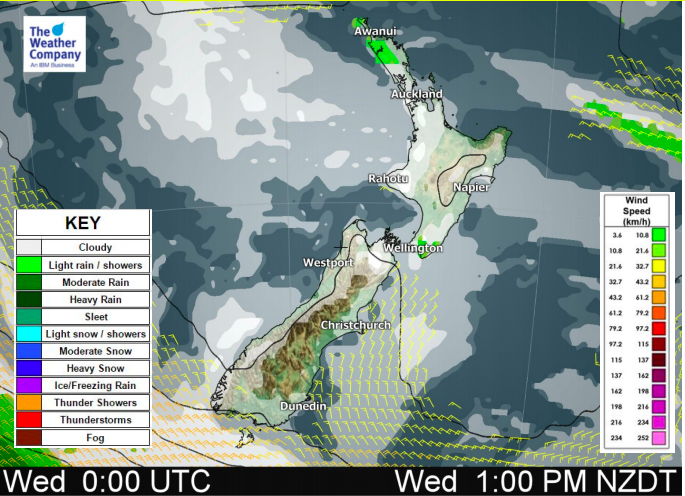 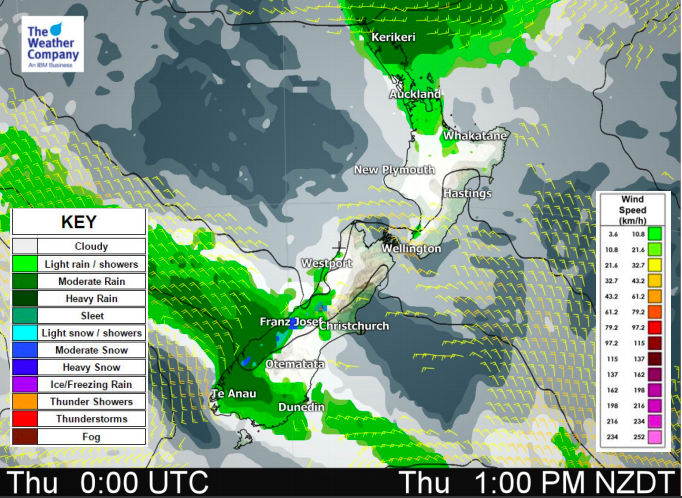 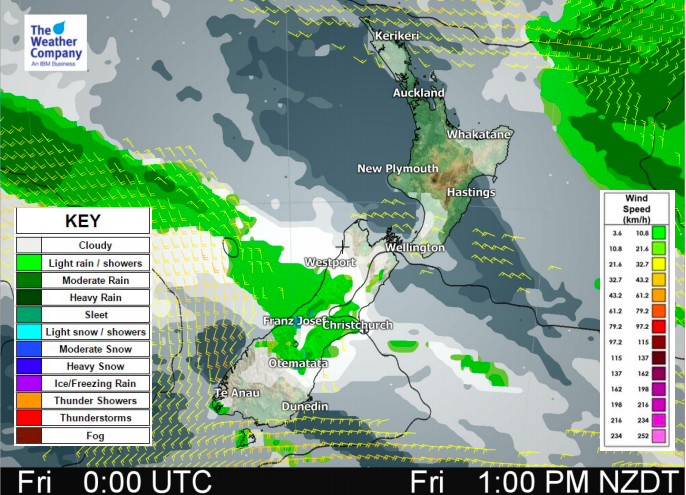 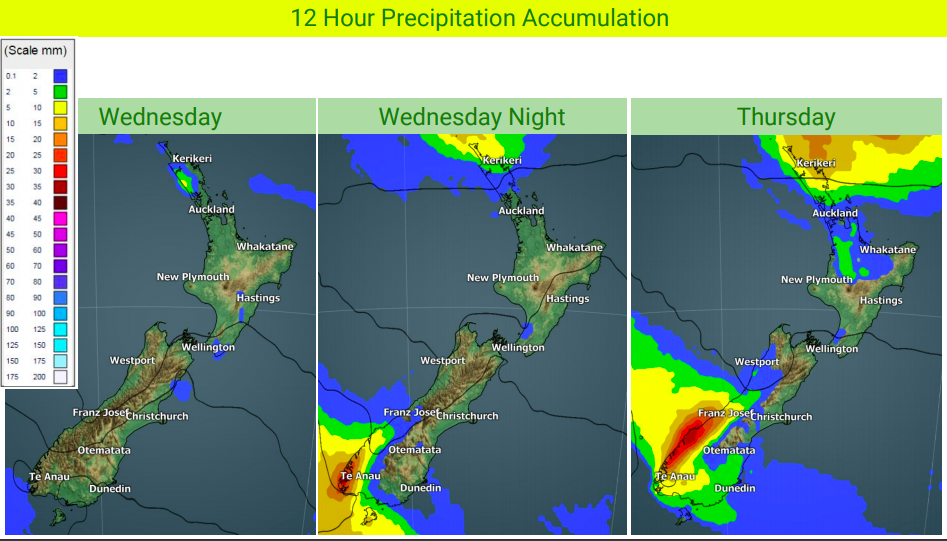 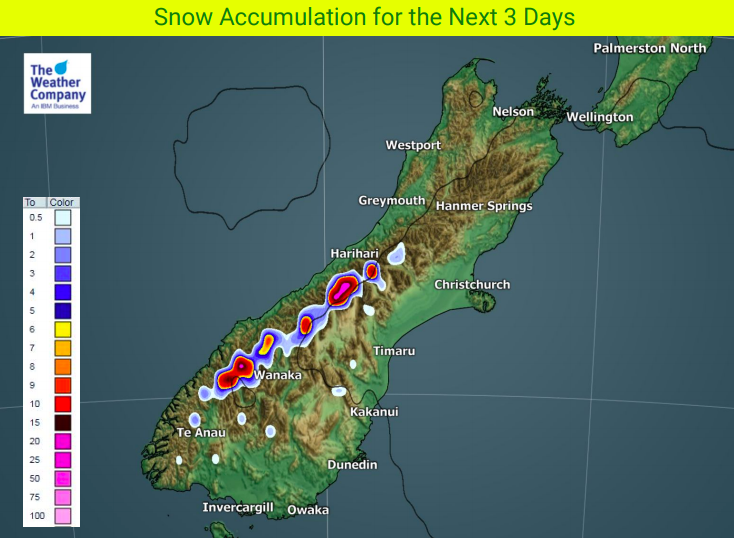 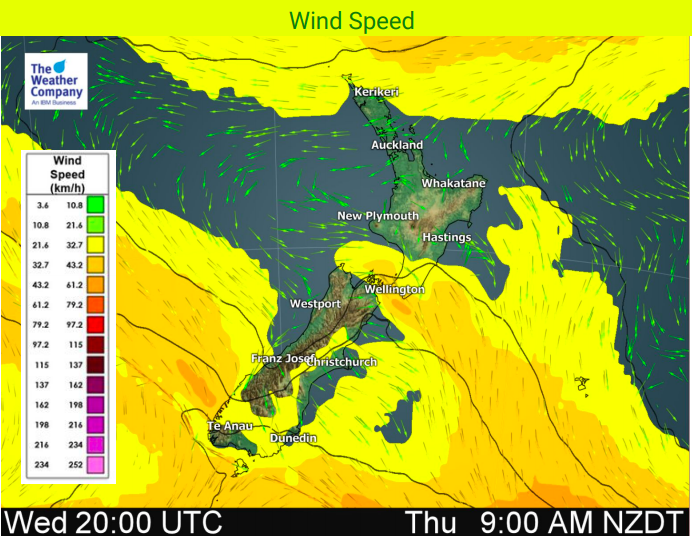 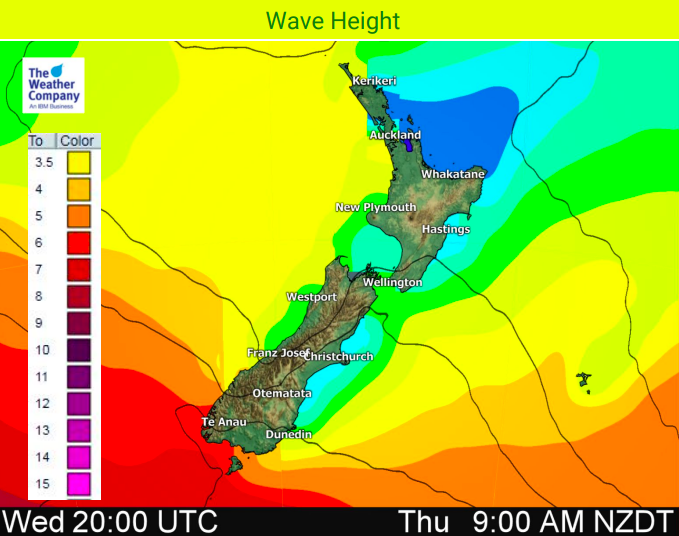 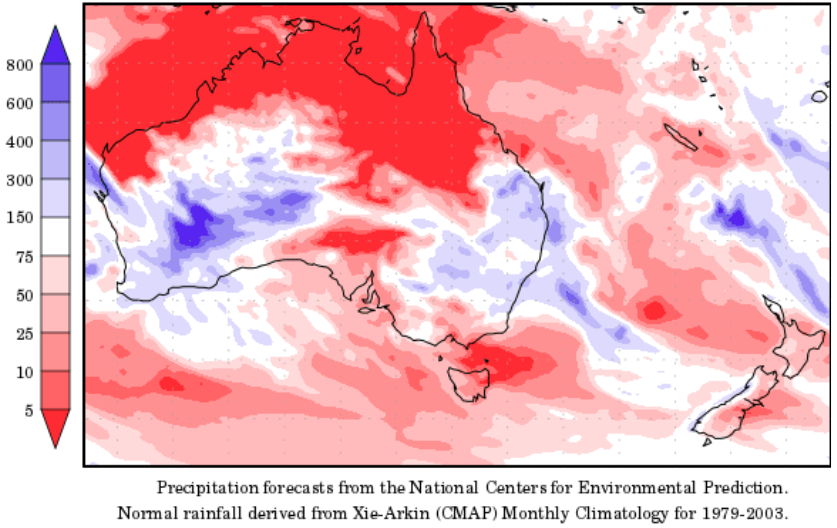 – Scale on the left shows % of rainfall compared to normal. As you can 90% of NZ falls under the drier than average category. Image and data, as always with thanks to the US Government.