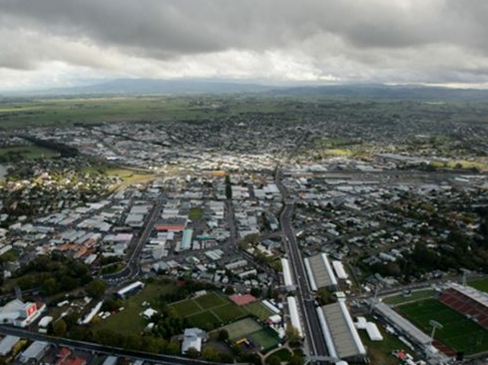 Hamilton might be at a greater risk of earthquake damage and liquefaction than many people previously thought.

Dr de Lange said aerial and ground-based surveys have already been carried out, and suggest the Hamilton basin has been shaped by active fault lines.

“It’s looking very much as thought the hills that you see through Hamilton City and the surrounding area are not just a random distribution.”

He said the 2011 Canterbury earthquakes showed areas where liquefaction has previously occurred are at greater risk of liquefaction in the future.

“Since the Canterbury earthquake we’ve been looking actively, and we’ve found a number of places now where there’s clear evidence of liquefaction that has occurred.”

Dr de Lange said the peat lake areas have evidence of previous liquefaction and are at risk of further liquefaction.