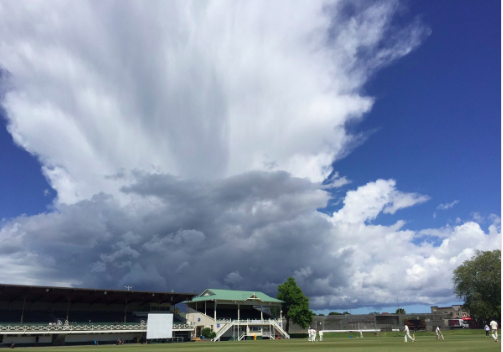 A huge cloud looms over parts of West Auckland and it’s gradually drifting in the sea breezes, bringing with it thunderstorms and large hail.

Te Atatu Peninsula and a few other western suburbs were hit with hailstones the size of large peas around 1pm, WeatherWatch head analyst Philip Duncan said – some were larger and reached the size of 20c coins.

Thunderstorms and heavy hail showers will continue this afternoon but should ease across the afternoon too.