Hail stones ‘the size of golf balls’ in Ashburton 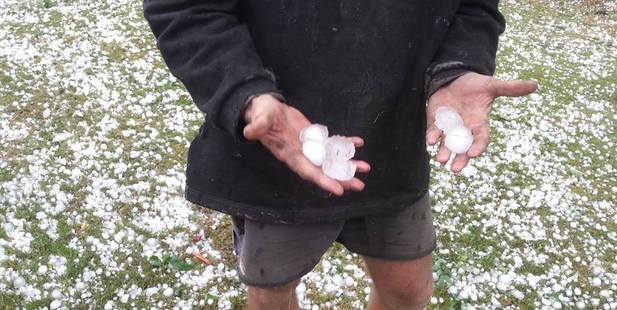 A flash storm that dropped hail stones the size of golf balls caught residents near Ashburton off guard last night.

Mayfield farmer James Jarden said the storm came unexpectedly and was accompanied by thunder and lightning.

He was at a property on State Highway 72 in Mayfield where damage was done to a sizeable paddling pool, spouting, and the front and rear windows of a car that will also need panel beating.

He said trees in the Mayfield township had been stripped of their leaves and spoke of a fodder beat farmer who had his crop severely damaged.

“There’s going to be a few crop farmers affected by this,” he said.

About three hours later at 8pm, Mr Jarden said the sun was back out shining.

MetService was predicting more poor weather for Ashburton today with showers clearing in the afternoon and North Easterly winds developing.