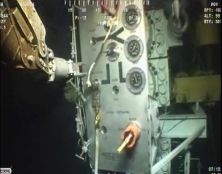 BP will continue crucial testing Saturday to determine whether a new containment cap will keep stopping oil from gushing into the Gulf of Mexico.

On Friday, the containment cap left some, including President Barack Obama, cautiously optimistic after it seemed to stop the massive flow of oil.

BP officials were still analyzing tests on the containment cap Friday and were uncertain about whether there was a leak in the well.

Thad Allen, who’s overseeing the government’s response to the oil spill, said Friday that pressure was rising in the well. That was a sign that the well was holding and that the leak that had been spewing oil into the Gulf for nearly three months could be contained.

But pressure readings had not reached the optimal level.

What does 6,700 pounds per square inch mean? Government scientists and BP experts were not quite sure. It could be a leak, or it could simply be that so much oil has spilled out already, it’s taking a while to build up pressure.

“In general, as the president noted today, this is generally good news,” Allen said.

But he added, “I think we’re at a point where there’s enough uncertainty about the meaning of the pressure that we’re seeing that we have to use due diligence moving forward. We don’t want to do harm or create a situation that cannot be reversed.”

Allen said the government has told BP to proceed with the test but intensify monitoring of the well, by conducting seismic and acoustic tests and visual inspections of the sea floor using robots. In addition, a government ship is in the area, fitted with equipment for detecting methane gas, which would be an indication of a leak.