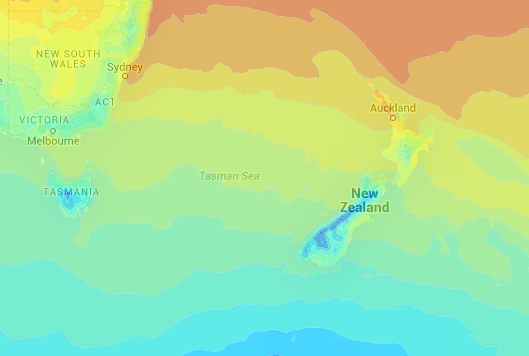 The strong southwesterly airflow which brought rough and cold weather to a lot of the country today will ease after a wet morning for many tomorrow, and kick off a pretty nice start to the long weekend.

Marlborough and Nelson are mainly sunny after early showers clear – then some afternoon north to northeast winds.

Auckland and Northland are fairly cloudy, with gusty west to southwest winds easing later in the day – and the odd brief shower at times here and there.

Morning showers clear for the Waikato, CNI and western North Island then sunny areas develop in the afternoon, south to southwest winds ease later in the day.

Wellington and Taranaki look much the same, with some potentially heavy (but brief) early showers giving way to sunny spells, and gusty southerlies and southwesterlies respectively.
There may be a few showers overnight for Wellington.
For the East Coast, strong southwest winds develop early in the morning, with heavy falls about the Wairarapa and perhaps Hawkes Bay.
This will clear around midday, and sunny areas then develop in the afternoon, with southwesterly winds easing later in the day.