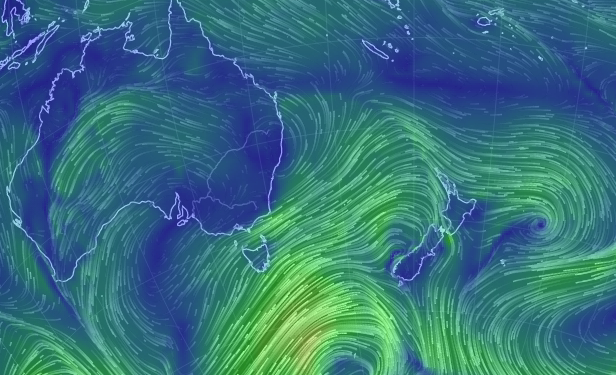 Each month we release a 30 day forecast, looking at the current satellite images and projecting what the month might pan out like.

Earlier this week we released an October outlook – predicting westerly airflows to dominate, and both islands to experience more of a west-east divide in terms of weather.

We said that although this time of year can often spring a surprise in the form of a late winter storm, there’s nothing in our current satellite images that fit the bill. We know that things can change suddenly though, and so we are looking at a mostly cool and dry October.

The NZ government’s models are in agreement with us here, picking the weather will get off to a rough start this month, but will quickly settle down.

After a wetter than usual September for the North Island, a drier October is forecast for most of the country, government meteorologists say.

Whangarei, Auckland, Hamilton and Tauranga in particular could expect a stormy start to the month.

As the month progressed, temperatures were set to return to more normal levels due to highs expected to move in from the Tasman Sea about mid-October.

Looking back at September, of the six main centres, Auckland was the wettest, having recorded its third wettest September in over 50 years.

In contrast, September was a dry month for the South Island, with a record run of dry weather for the West Coast.

Hokitika and Westport both experienced a 23-day run with no rainfall, the longest dry spell on record for Westport, and the second-longest at Hokitika.