Goodbye clear skies – a front’s on the way 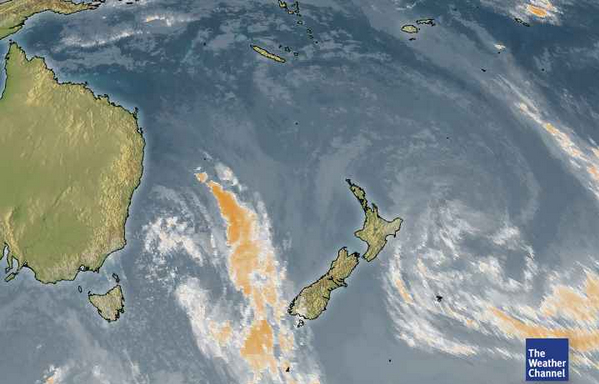 The front currently rumbling slowly towards us from the Tasman Sea is about to make landfall – and should hit western parts of the country in the late afternoon or early evening tomorrow.

This means the clear, settled weather enjoyed by much of the country today is unfortunately short-lived, as showers will move in with the front too.

The South Island is first in the firing line, with cloud increasing on the West Coast from morning, along with northerly winds, and rain should develop about the late afternoon.

Canterbury and Marlborough will enjoy a nicer day, with high cloud increasing out east and northwesterly winds blowing through most of your Thursday, while Southland and Otago could be in for the odd spot of rain later in the evening.

For the North Island, cloud will increase in western parts from morning, with a few light showers also possible after lunch, followed by a band of heavier rain in the evening. This should ease to showers as the nor-westerlies turn west.

On the East Coast, expect a mainly sunny and breezy day – but that system will eventually get to you – and bring with it some rain on Friday.