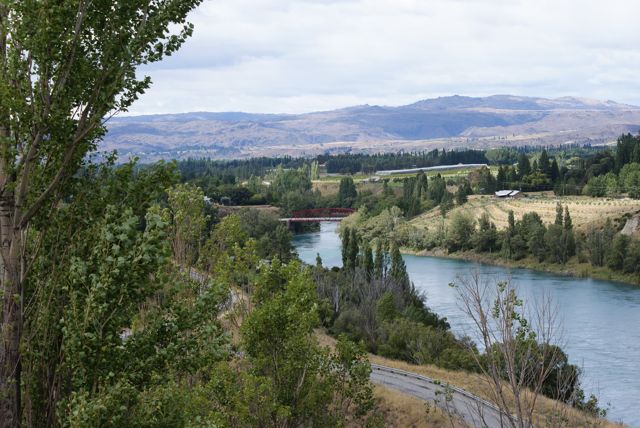 Not everyone is on the same page when it comes to the issue of Global Warming and the Friends of Science have come up with 10 myths in regards to the topic and respond with some interesting answers.

Do you agree or disagree?

MYTH 1: Global temperatures are rising at a rapid, unprecedented rate.

Sea level monitoring in the Pacific (Tuvalu) and Indian Oceans (Maldives) has shown no sign of any sea level rise.

FACT: Accurate satellite, balloon and mountain top observations made over the last three decades have not shown any significant change in the long term rate of increase in global temperatures. Average ground station readings do show a mild warming of 0.6 to 0.8Cover the last 100 years, which is well within the natural variations recorded in the last millennium. The ground station network suffers from an uneven distribution across the globe; the stations are preferentially located in growing urban and industrial areas (“heat islands”), which show substantially higher readings than adjacent rural areas (“land use effects”).

There has been no catastrophic warming recorded.

MYTH 2: The “hockey stick” graph proves that the earth has experienced a steady, very gradual temperature increase for 1000 years, then recently began a sudden increase.

FACT: Significant changes in climate have continually occurred throughout geologic time. For instance, the Medieval Warm Period, from around 1000 to1200 AD (when the Vikings farmed on Greenland) was followed by a period known as the Little Ice Age. Since the end of the 17th Century the “average global temperature” has been rising at the low steady rate mentioned above; although from 1940 – 1970 temperatures actually dropped, leading to a Global Cooling scare.

The “hockey stick”, a poster boy of both the UN’s IPCC and Canada’s Environment Department, ignores historical recorded climatic swings, and has now also been proven to be flawed and statistically unreliable as well. It is a computer construct and a faulty one at that.

MYTH 3: Human produced carbon dioxide has increased over the last 100 years, adding to the Greenhouse effect, thus warming the earth.

FACT: Carbon dioxide levels have indeed changed for various reasons, human and otherwise, just as they have throughout geologic time. Since the beginning of the industrial revolution, the CO2 content of the atmosphere has increased. The RATE of growth during this period has also increased from about 0.2% per year to the present rate of about 0.4% per year,which growth rate has now been constant for the past 25 years. However, there is no proof that CO2 is the main driver of global warming. As measured in ice cores dated over many thousands of years, CO2 levels move up and down AFTER the temperature has done so, and thus are the RESULT OF, NOT THE CAUSE of warming. Geological field work in recent sediments confirms this causal relationship. There is solid evidence that, as temperatures move up and down naturally and cyclically through solar radiation, orbital and galactic influences, the warming surface layers of the earth’s oceans expel more CO2 as a result.

MYTH 4: CO2 is the most common greenhouse gas.

FACT: Greenhouse gases form about 3 % of the atmosphere by volume. They consist of varying amounts, (about 97%) of water vapour and clouds, with the remainder being gases like CO2, CH4, Ozone and N2O, of which carbon dioxide is the largest amount. Hence, CO2 constitutes about 0.037% of the atmosphere. While the minor gases are more effective as “greenhouse agents” than water vapour and clouds, the latter are overwhelming the effect by their sheer volume and – in the end – are thought to be responsible for 60% of the “Greenhouse effect”.
Those attributing climate change to CO2 rarely mention this important fact.

FACT: Computer models can be made to “verify” anything by changing some of the 5 million input parameters or any of a multitude of negative and positive feedbacks in the program used.. They do not “prove” anything. Also, computer models predicting global warming are incapable of properly including the effects of the sun, cosmic rays and the clouds. The sun is a major cause of temperature variation on the earth surface as its received radiation changes all the time, This happens largely in cyclical fashion. The number and the lengths in time of sunspots can be correlated very closely with average temperatures on earth, e.g. the Little Ice Age and the Medieval Warm Period. Varying intensity of solar heat radiation affects the surface temperature of the oceans and the currents. Warmer ocean water expels gases, some of which are CO2. Solar radiation interferes with the cosmic ray flux, thus influencing the amount ionized nuclei which control cloud cover.

MYTH 6: The UN proved that man–made CO2 causes global warming.
FACT: In a 1996 report by the UN on global warming, two statements were deleted from the final draft. Here they are:
1) “None of the studies cited above has shown clear evidence that we can attribute the observed climate changes to increases in greenhouse gases.”
2) “No study to date has positively attributed all or part of the climate change to man–made causes”

To the present day there is still no scientific proof that man-made CO2 causes significant global warming.

FACT: This is absolutely not true. Nitrogen forms 80% of our atmosphere. We could not live in 100% nitrogen either. Carbon dioxide is no more a pollutant than nitrogen is. CO2 is essential to life on earth. It is necessary for plant growth since increased CO2 intake as a result of increased atmospheric concentration causes many trees and other plants to grow more vigorously. Unfortunately, the Canadian Government has included CO2 with a number of truly toxic and noxious substances listed by the Environmental Protection Act, only as their means to politically control it.

MYTH 8: Global warming will cause more storms and other weather extremes.

FACT: There is no scientific or statistical evidence whatsoever that supports such claims on a global scale. Regional variations may occur. Growing insurance and infrastructure repair costs, particularly in coastal areas, are sometimes claimed to be the result of increasing frequency and severity of storms, whereas in reality they are a function of increasing population density, escalating development value, and ever more media reporting.

MYTH 9: Receding glaciers and the calving of ice shelves are proof of global warming.

FACT: Glaciers have been receding and growing cyclically for hundreds of years. Recent glacier melting is a consequence of coming out of the very cool period of the Little Ice Age. Ice shelves have been breaking off for centuries. Scientists know of at least 33 periods of glaciers growing and then retreating. It’s normal. Besides, glacier’s health is dependent as much on precipitation as on temperature.

MYTH 10: The earth’s poles are warming; polar ice caps are breaking up and melting and the sea level rising.

FACT: The earth is variable. The western Arctic may be getting somewhat warmer, due to unrelated cyclic events in the Pacific Ocean, but the Eastern Arctic and Greenland are getting colder. The small Palmer Peninsula of Antarctica is getting warmer, while the main Antarctic continent is actually cooling. Ice thicknesses are increasing both on Greenland and in Antarctica.

I find this posting to be a cherried picked and skewed to fit and contradicting
e,g
MYTH 8: Global warming will cause more storms and other weather extremes.

FACT: There is no scientific or statistical evidence whatsoever that supports such claims on a global scale. Regional variations may occur.

so that last sentence means that there could be more storms and extremes?
also the myth as stated never said anything about global

FACT: Carbon dioxide levels have indeed changed for various reasons, human and otherwise, just as they have throughout geologic time. Since the beginning of the industrial revolution, the CO2 content of the atmosphere has increased. The RATE of growth during this period has also increased from about 0.2% per year to the present rate of about 0.4% per year,which growth rate has now been constant for the past 25 years. However, there is no proof that CO2 is the main driver of global warming

the fact posted agrees with the myth
the myth never said CO2 was the main driver.