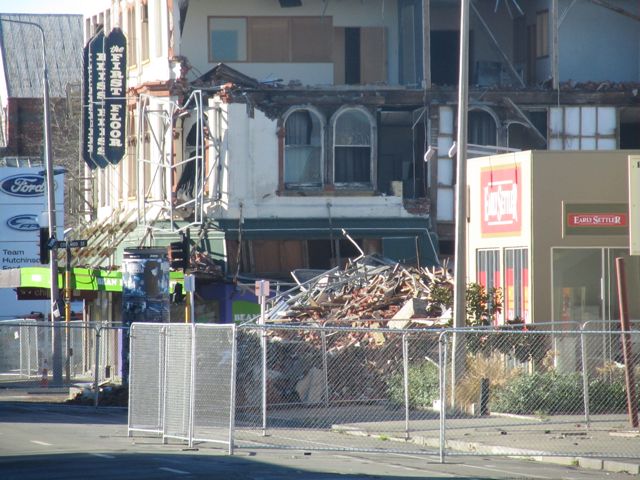 GeoNet was formally launched on 1 July 2001, with the Earthquake Commission as their major supporter and funder and 2011 has obviously been a very busy year.

Let’s take a look to where it all began.

The GeoNet website was launched soon after the start of GeoNet. The first serious challenge did not come from an earthquake or volcanic eruption, but from a toy dinosaur which magically appeared in front of the volcano-cam on White Island causing sustained hit rates of 10 per second. By 2005 the website was receiving a few hundred hits per second following a widely felt earthquake. Today a similar earthquake will generate sustained hit rates of over 10,000 per second!

The huge amount of data collected by GeoNet over the last decade has allowed scientists to improve their understanding of New Zealand’s tectonic structure and geological hazards. An example is the discovery of “slow earthquakes” under the North Island where the Pacific and Australian tectonic plates meet. The PositioNZ continuous GPS network, supported by Land Information New Zealand (LINZ), provided the first example of a slow slip event in New Zealand, and the combined PositioNZ and GeoNet GPS networks have seen many since. These events vary in duration and size but are caused by slow movement between the two plates. The movement is often equivalent to an M 7 earthquake but occur over periods of weeks to months rather than seconds.

The most significant challenge of the decade has been, and continues to be, the Canterbury earthquakes, starting with the Darfield M 7.1 event last September. It is sobering to consider that if this earthquake had occurred 10 years earlier there would have been only one real-time station in the whole Canterbury region (the site at McQueen’s Valley that Cantabrians have come to love) and only four in the whole South Island. At that time it would have taken an hour or more to get an acceptable location. Now the front page of the GeoNet website displays the high levels of shaking within a minute or two and an accurate location follows soon after. And the refinements continue as GeoNet strives to be even faster using automated systems which can potentially provide good results within a few minutes.