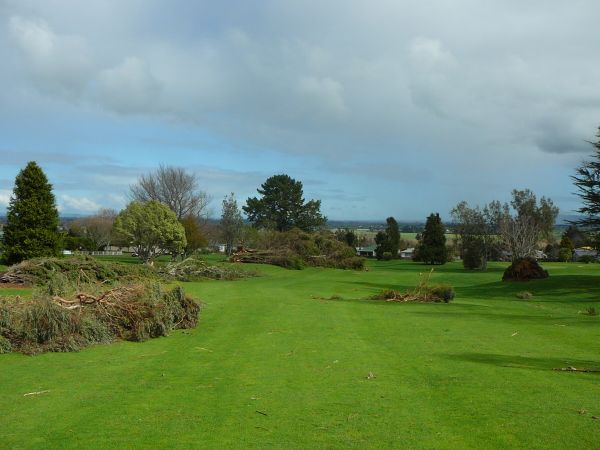 Severe gales along the western side of the Kaimai Ranges look set to increase overnight as a dying sub-tropical low moves closer.

The low has moved south of Auckland, putting the East Cape and Kaimai/Cormandel ranges in the way of rain bands moving over the city, a process that took place gradually today.

But the centre of the low is now drifting towards Auckland, Coromandel Peninsula and Waikato – and wrapped around the centre are strong winds.

For the most part these winds will just be blustery – but as the low moves closer the wind tunnel effect over the Kaimai Ranges could see gusts between 120km/h and 150km/h in certain pockets along the entire ranges.

The risk increasing after midnight and eases during Saturday morning.  Not all areas along the eastern Waikato will get severe gales, as usual it will be in pockets and drivers are advised to stay off the roads tonight. Already today vehicles have been affected with Fairfax reporting a bus being blown over.

For those in Te Aroha the wind may tilt more south east, which for many parts of the town isn’t as bad as an east to north east wind.  It all depends on the angle – and with the centre of the low so close the angle could change overnight.

And remember – the low will be weakening as it moves in…if it moves slowly, the winds will ease more before it arrives.  Te Aroha has had much worse than this, but it will be another very blustery night for the region.