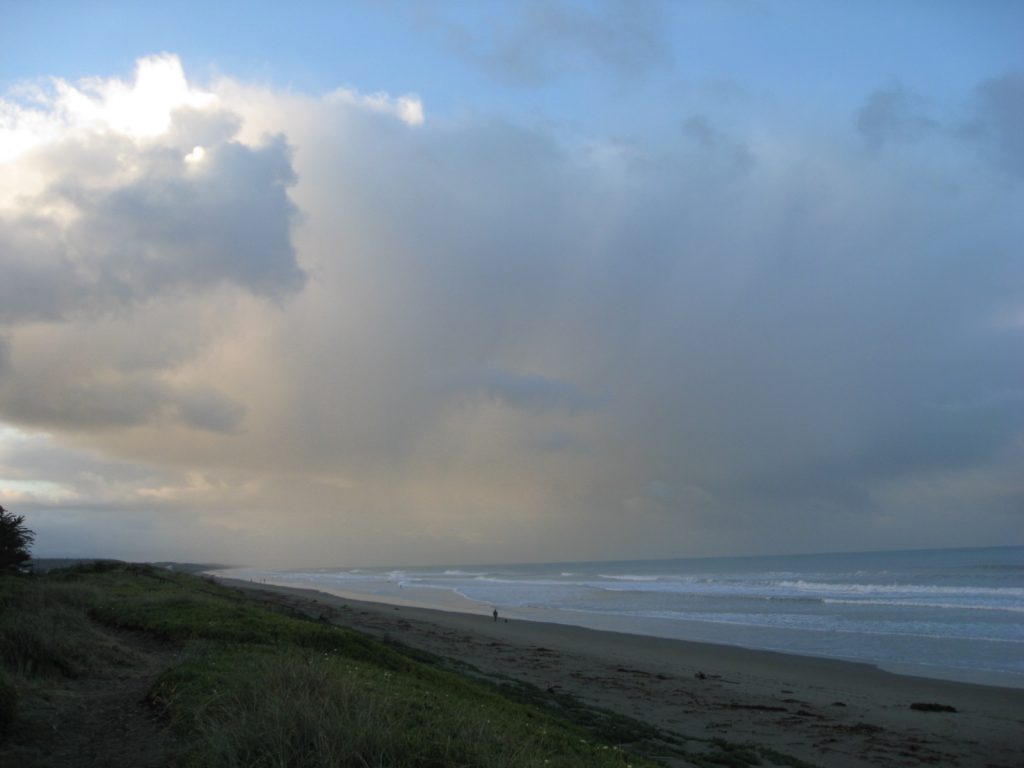 This evenings temperatures are beginning to fall but perhaps not as low as what we’ve seen in recent nights.

Frosty conditions have departed the country for the weekend, as cloud moves in and a few showers are expected to be dotted around most of the country at various times during the weekend.

One front is currently working its way north along eastern regions but a more vigorous front is expected to move forward over eastern areas starting in the south tomorrow.

Temperatures are expected to be average or below for the next 48 hours and the windchill factor will make it feel considerably colder than what the actual readings may suggest.

Coastal regions in particular, from Gisborne to Southland, are likely to see most of the wintry showers.