Frosts on the radar 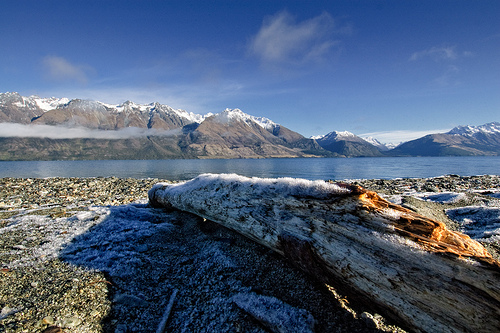 Parts of the country have been on a bit of a rollercoaster ride in terms of  temperatures over the last day or two.

Yesterday a front moved up the country and saw thermometers take a hit and in some cases it was up to fifteen degrees colder than the previous 24 hours. Snow fell to low levels over eastern areas of the Mainland which is certainly late in the season but not unheard of.

Aucklanders yesterday saw a band of showers move in but conditions weren’t as severe as had been forecast a couple of days earlier.Even though some hung about a little longer late yesterday this morning it’s a crisp start for the city of sails.

Nippy conditions have got Sunday underway for a large chunk of the nation and the highs are expected to be up to five degrees below par for early November.Frosts have been recorded this morning and its in stark contrast to what the country has seen recently.

Over the last seven days we’ve enjoyed largely dry conditons with quite a bit of sunshine in many regions. The next seven days sees a cooling off but stable skies should be present yet again.

The only downside for some is that frosts could be a feature on two or three days this coming week and as far north as Auckland.

Temperatures could near the freezing mark overnight and early morning but quickly rise as the sun takes hold during the days.

Next weekend could be a little unsettled once more but we’ll keep you posted with developments at WeatherWatch.co.nz