Frosts hover the next 2-3 nights 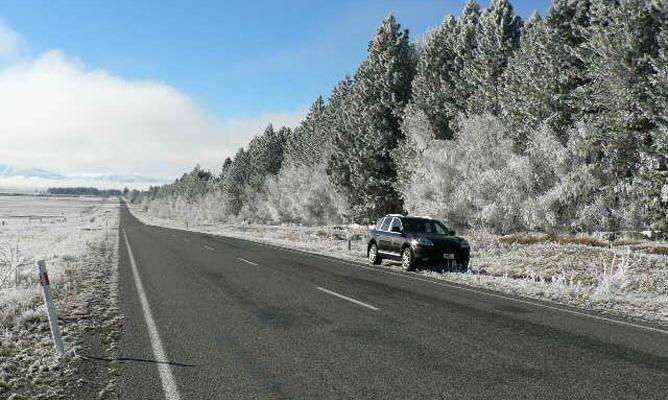 The pool of cold air that pushed through over the weekend following the cold front doesn’t appear to be moving away very quickly.

Temperatures are dropping as low as ten degrees below normal for the time of the year during the night with light frosts in inland areas but also western and northern districts.

There are exceptions and a front is set to push northwards today and mostly affecting eastern areas with a southerly increasing for a time with cloudy areas, a breezy southerly wind and a handful of showers that could linger about eastern areas of the North Island.
Southland and Otago will see this with snow about higher ground for a brief period but conditions improving quickly.

Tonight, tomorrow night, Wednesday and even Thursday nights could see cold nights for a vast majority of the country and single digit lows are likely for almost everywhere.

The mercury could dip below freezing point in central areas and this Spring is certainly continuing the chance of frosts even as late as this month but unusually in the north.

“We’ve noticed a string of these fronts have had an extra bite once they’ve gone through this season and the night time lows have dropped well below par in places” says weather analyst Richard Green.
” Vulnerable areas this week are sheltered regions almost anywhere up and down the nation and tonight and tomorrow night could see the coldest temperatures for many places apart from eastern areas of the North Island. Ths part of the country could still be feeling the effects of the the cold wind from the south” he says.

This week is much more settled than was expected a few days ago. Computer models at one stage were in alignment for a wet week for two thirds of the country with some heavy falls across the upper north however an anticyclone has imposed itself strongly and hopefully there won’t be too many complaints apart about that apart from the chill in places.