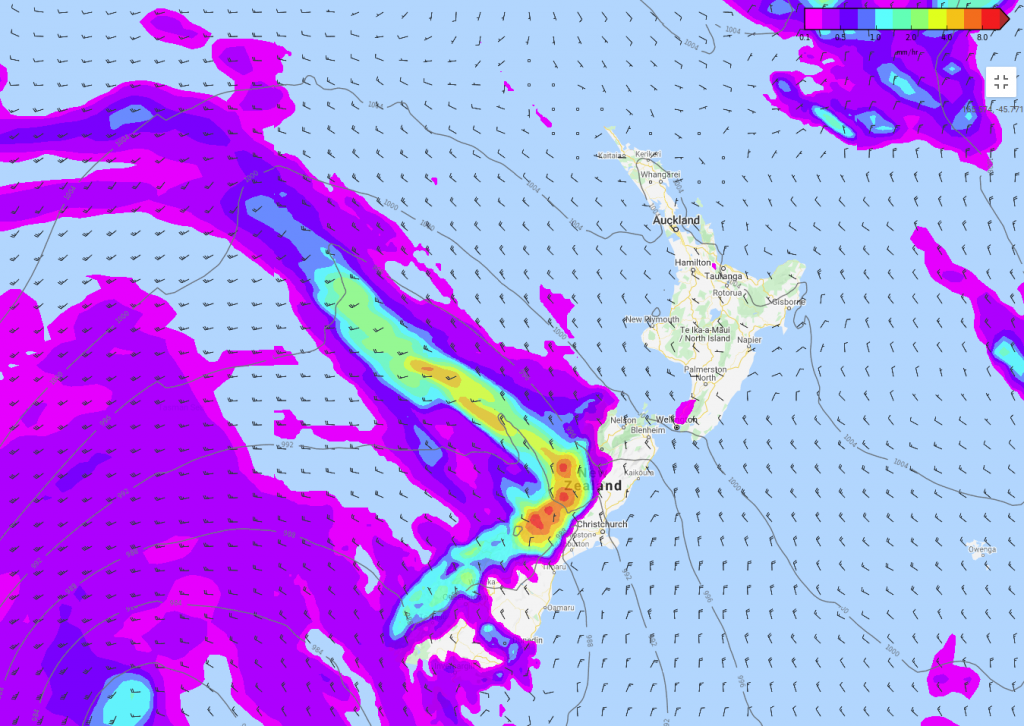 A front pushes northwards over the South Island today, a northwest airflow for the North Island.

Heavy rain pushes northwards along the West Coast today, a few showers for the western North Island. Mainly dry in the east but a bit of shower activity for Southland and Otago.

Warm temperatures for the North Island and eastern regions, a bit cooler for the lower South Island and along the West Coast.

Moderate winds for most however through Cook Strait winds rise to gale force this afternoon.

Western North Island (including Central North Island)
Morning cloud, there may be a shower then increasing sunny areas in the afternoon. Northwesterly winds.
Highs: 19-22

Wellington
A mix of sun and cloud, gusty northwesterlies, strong to gale force in the afternoon.
High: 19-20

Marlborough & Nelson
Nelson and the Marlborough Sounds has some morning sun then cloud increases, a few spits from late afternoon spreading from the west. Mostly sunny about eastern Marlborough with some high cloud from afternoon. Overnight rain for all. North to northwesterly winds becoming gusty from afternoon.
Highs: 21-23