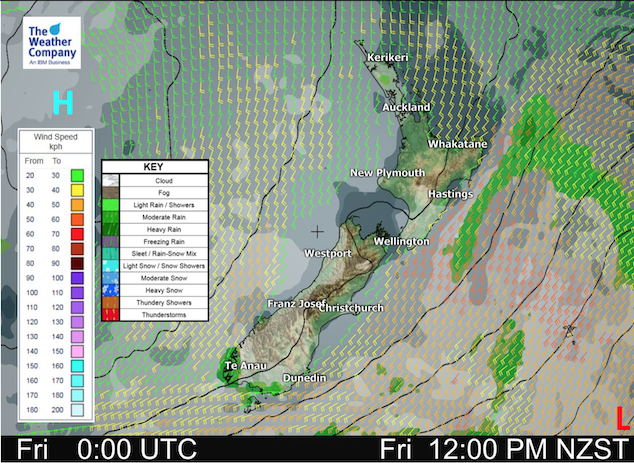 A gentle southwesterly airflow lies over New Zealand today, moving around a large anticyclone in the Tasman Sea.

Northland, Auckland, Waikato & Bay Of Plenty
Areas of cloud for northern Waikato through to Northland, some sun breaks through at times, also the risk of a shower or two otherwise mainly dry. Sunny elsewhere about Waikato and Bay Of Plenty. Winds are light from the west or southwest.
Highs: 12-15

Canterbury
Sunny weather, there may be a touch of high cloud. Light winds.
Highs: 10-13

West Coast
A mostly sunny morning, some cloud from afternoon as light winds tend to the west. Chance of a light shower in the evening.
Highs: 10-12

Southland & Otago
Mostly cloudy with the odd shower about Southland, Otago has a mix of sun and cloud. Westerly winds, breezy about coastal areas.
Highs: 9-12