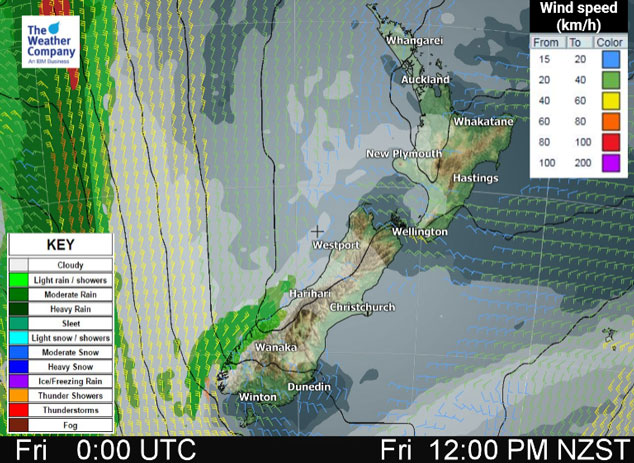 Still quite anticyclonic over New Zealand today bringing mainly settled weather, meanwhile a large low and accompanying front sit in the Tasman Sea moving closer to the lower South Island during the day.

Western North Island (including Central North Island)
Mostly cloudy, some sun may break through in the afternoon. Northwesterly winds.
Highs: 16-18

Eastern North Island
Sunny with light winds, tending east to northeast in the afternoon near the coast.
Highs: 19-22