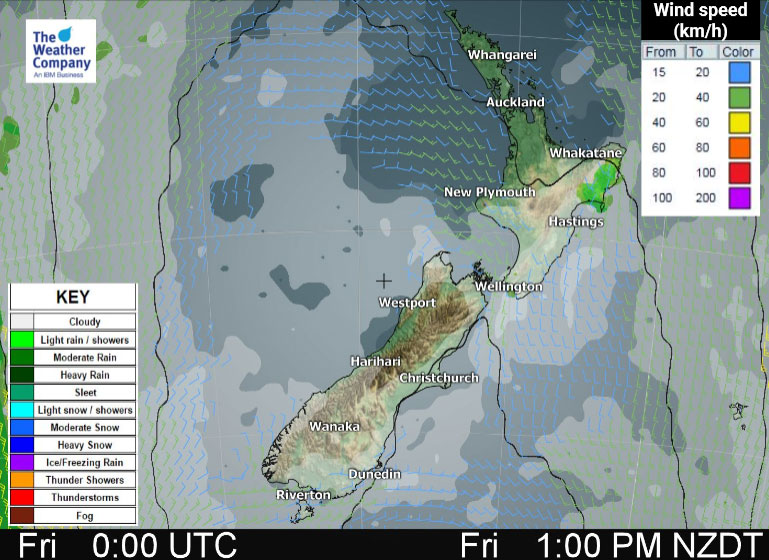 A large anticyclone centred to the southeast of the South Island spreads a ridge over New Zealand today.

West Coast
Mostly sunny with a touch of high cloud, there may be some morning fog about some inland valleys. Some mid level cloud for North Westland / Buller from afternoon. Light winds tend northwest after midday.
Highs: 18-22