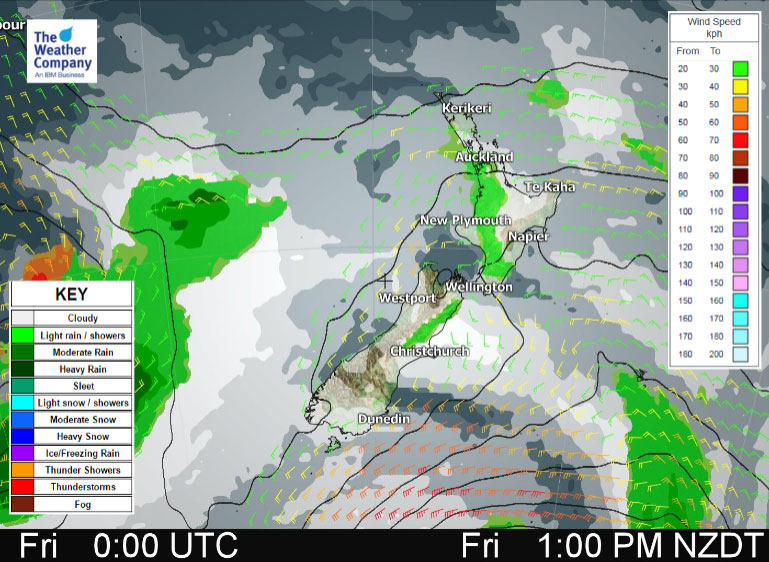 A southwesterly airflow lies over New Zealand today, easing later with a ridge of high pressure moving in.

Northland, Auckland, Waikato & Bay Of Plenty
A few showers push in from the west off the Tasman Sea during the morning, easing mid to late afternoon with dry areas developing. Westerlies tend southwest in the afternoon.
Highs: 19-24

Wellington
Mostly sunny, northwesterly winds change southerly in the afternoon bringing increasing cloud and the risk of a shower.
High: 19

Marlborough & Nelson
Mostly sunny, southeasterlies freshen late morning about Marlborough bringing increasing cloud. May be a shower from afternoon. Nelson has a sunny day with westerlies changing to the east in the afternoon, evening cloud.
Highs: 20-23

Canterbury
Southerlies freshen in the morning bringing a few showers, easing and becoming few and far between from afternoon. Skies mostly cloudy all day.
Highs: 10-16