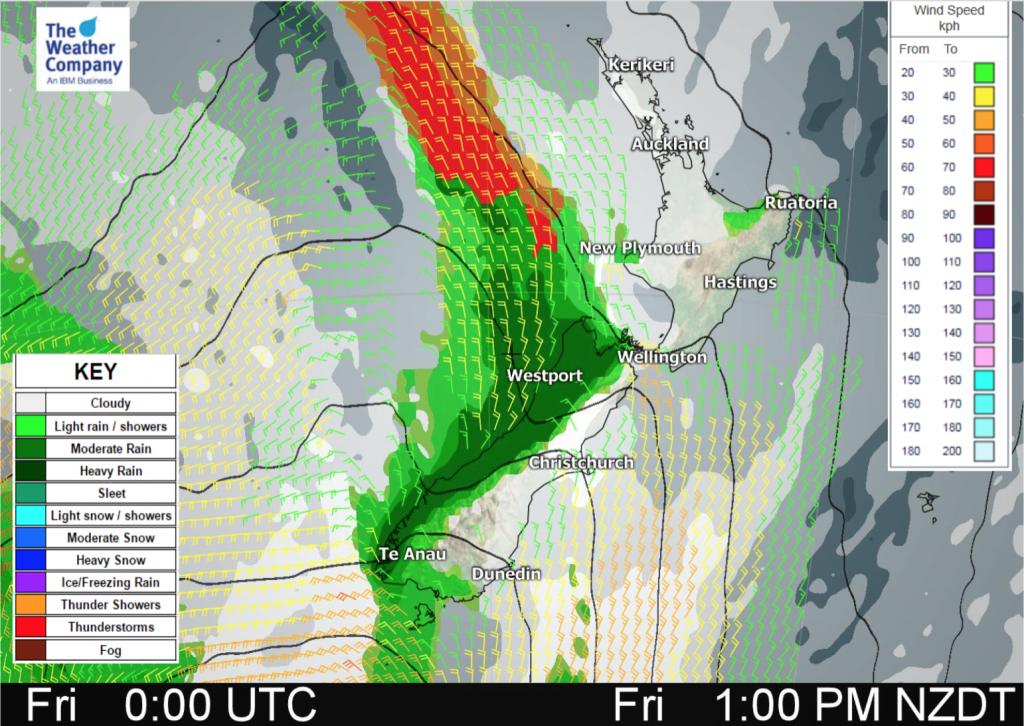 A front pushes northwards over the South Island during today bringing rain in the west and dry hot weather out east for most. Northerlies for the North Island with the aforementioned front moving into the southwest overnight.

Northland, Auckland, Waikato & Bay Of Plenty
Mostly sunny, some high cloud. Some cloud about eastern Bay Of Plenty may deliver a shower or two during the day. North to northwesterly winds.
Highs: 24-29

Eastern North Island
Sunny areas and some high cloud, northerly winds pick up in the afternoon, perhaps tending northeast for a time right on the coastal fringe about Hawkes Bay and Gisborne.
Highs: 26-30

Canterbury
High cloud with some sun at times, northerlies tend breezy northwest in the afternoon.
Highs: 26-30

West Coast
Heavy rain spreads northwards along the coast during the morning, easing from afternoon to showers as northeasterlies change northwest. Rain doesnâ€™t get heavy about Buller till afternoon then easing there in the evening.
Highs: 19-22

doesn’t the north island get any tropical rain these days…..wheres the tropical lows and AUSSIE moans!!!!!!!!!