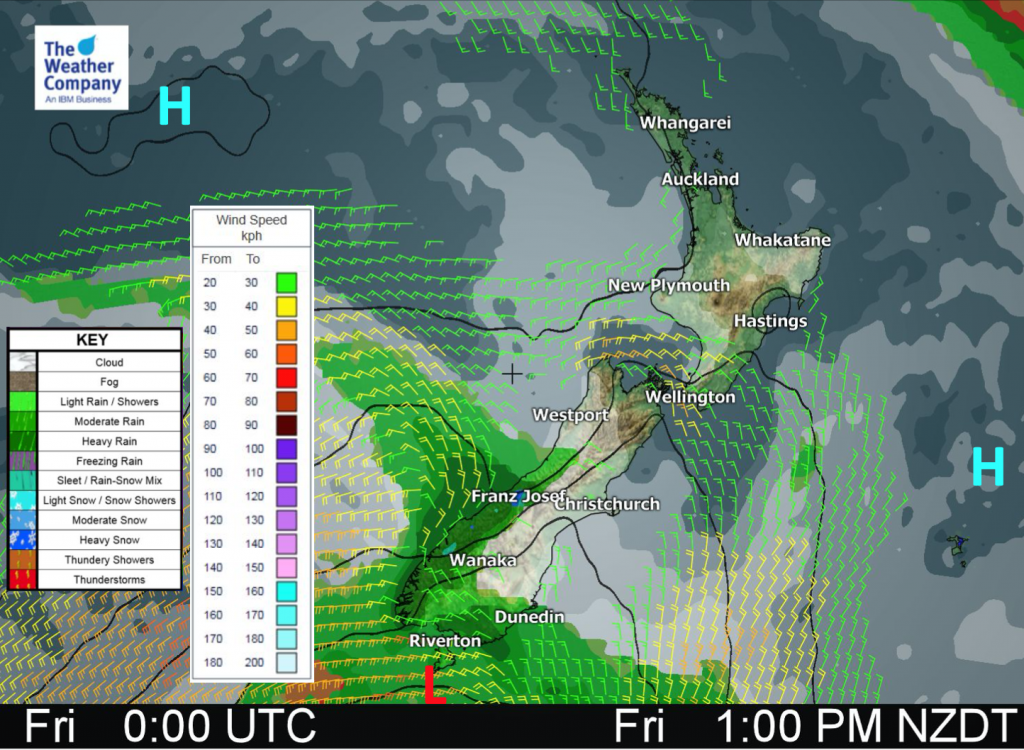 A westerly quarter airflow increases over the country today ahead of a cold front which moves onto the lower South Island this morning, reaching central New Zealand overnight. This front will weaken the further it moves north.

For the upper / western North Island expect mostly sunny weather, there may be some cloud at times about western coastlines. Also some morning cloud about the Bay Of Plenty may bring a shower then clearing. Winds from the southwest. For the east coast any morning cloud clears then becoming mostly sunny with light winds.

Rain about Fiordland spreads northwards reaching Buller in the evening, showers before rain moves in. Conditions will ease overnight. Sunny areas and thickening high cloud in the east with west to northwesterly winds. Spots of rain about Southland, more persistent around midday for a time as a gusty westerly change moves through. Some rain moves through Otago during the afternoon with a southwest change then showers about Canterbury late evening with a south to southwest change.

Highs in the high teens or early twenties for most of the western / upper North Island today, parts of Northland, Waikato and Bay Of Plenty (particularly inland) may break into the mid twenties. Highs will likely be in the mid to late twenties along the east coast. Temperatuers range from 18 to 20 degrees about Southland and Buller, low to mid twenties for the rest of the east coast from Canterbury up through to Nelson. Temperatures sticking in the mid teens for the West Coast.