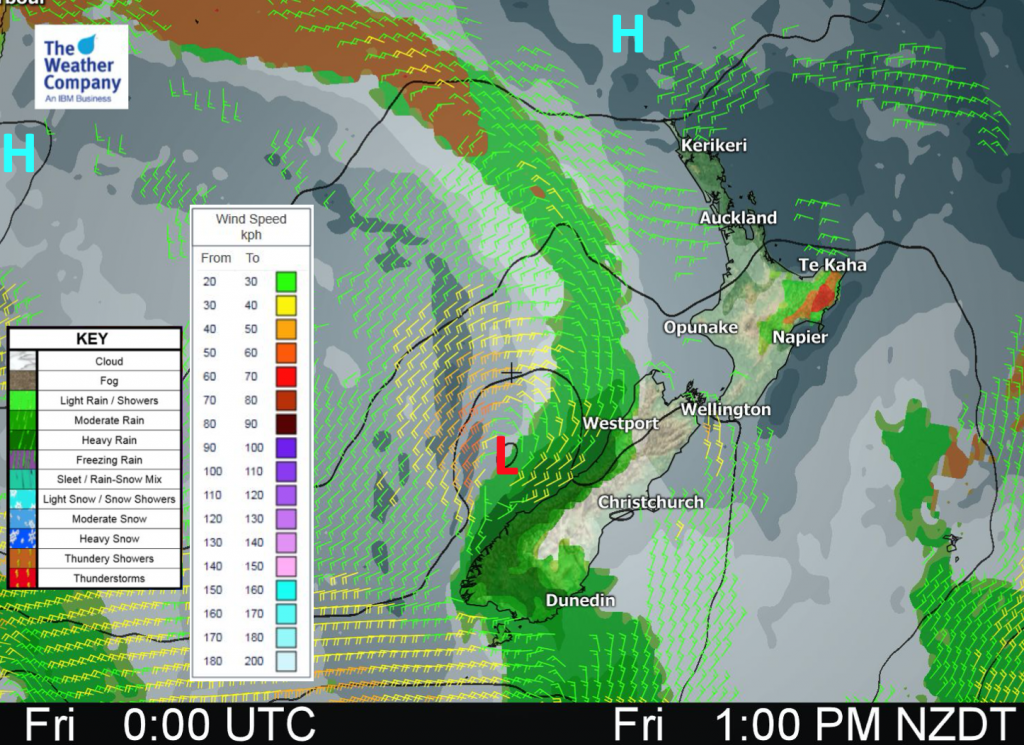 A westerly airflow lies over the North Island today meanwhile a cool change / front pushes northwards over the South Island.

Northland, Auckland, Waikato & Bay Of Plenty
Any morning cloud breaks away then mostly sunny with westerly winds. Some high cloud develops from afternoon moving in from the west.
Highs: 23-26

West Coast
Rain about South Westland spreads into North Westland around midday, easing evening as northeast winds change southwest. There may be some morning sun about Buller before clouding over around midday.
Highs: 16-20

Southland & Otago
Showers for Southland, clearing late afternoon as northerlies change southwest. Some sun breaks through later in the day before dusk. Otago has morning high cloud and some sun, showers develop in the afternoon (may be an isolated heavy fall) with a southwest change then easing evening.
Highs: 16-21