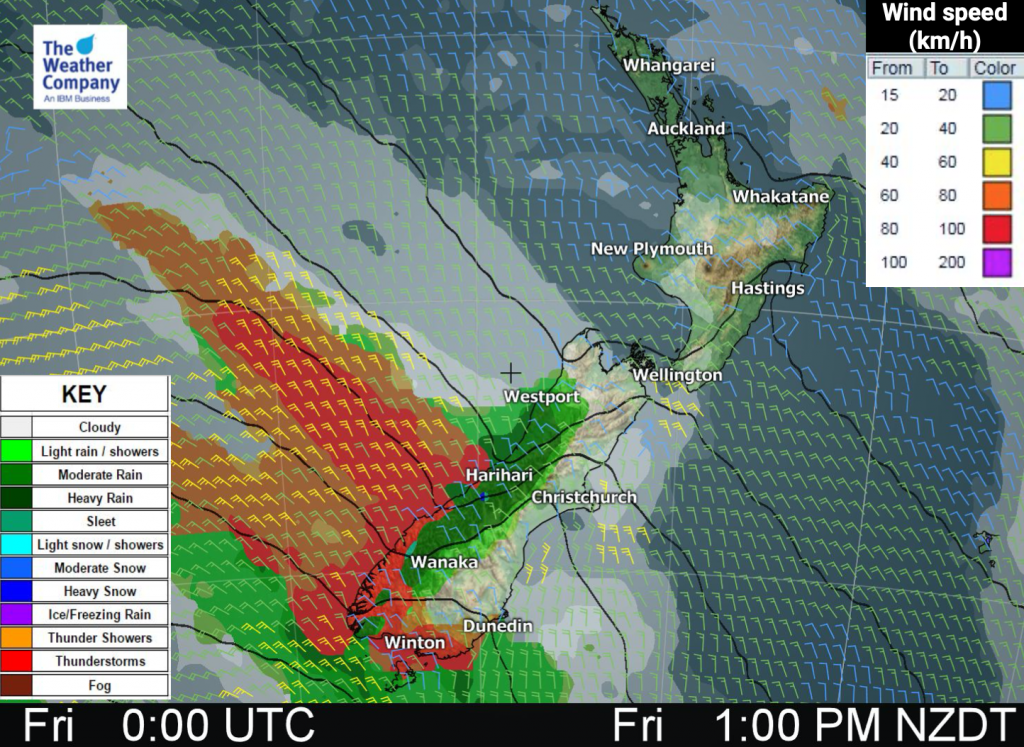 Northwesterlies continue for New Zealand today. Heavy rain for the West Coast of the South Island, dry and warm out east and for most North Island regions.

Western North Island (including Central North Island)
A mix of sun and cloud, a light shower or two in the morning for Kapiti and Taranaki. Northwesterly winds.
Highs: 20-23

Southland & Otago
Dry first thing then showers move in late morning for Southland, may be an isolated heavy fall / rumble of thunder. Some sun still breaks through at times. Otago has sunny areas and some high cloud, a few spits or showers develop evening. Northerlies tend northwest around midday.
Highs: 18-22