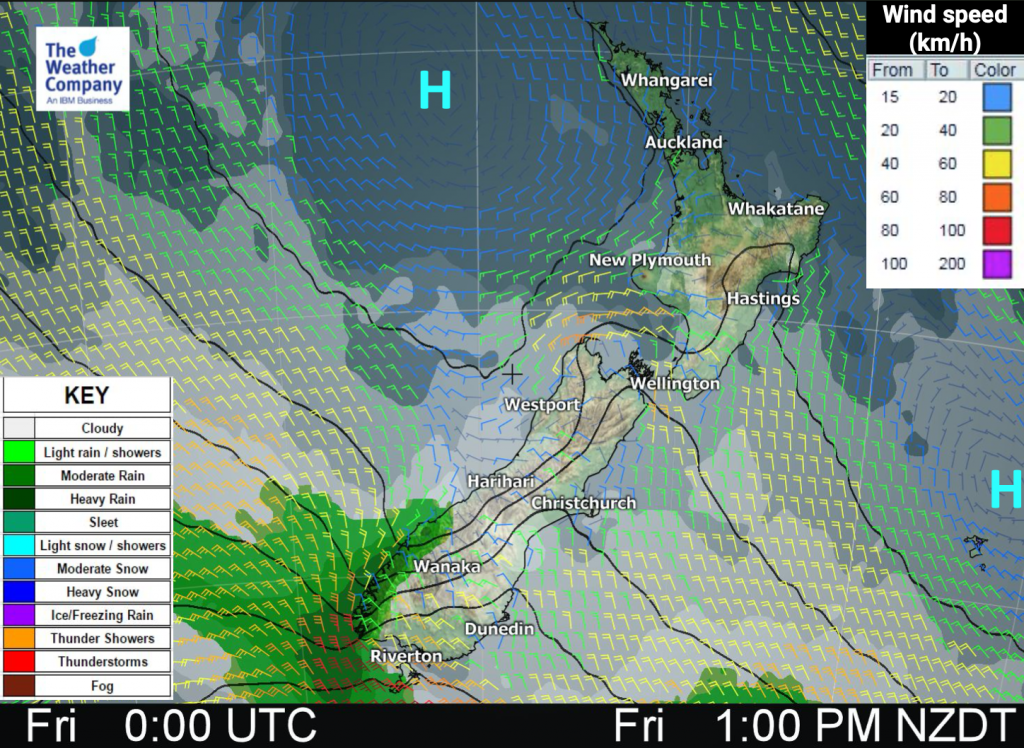 An anticyclone in the Tasman Sea casts a ridge of high pressure over the North Island today, meanwhile a north to northwesterly airflow lies over the South Island.

Northland, Auckland, Waikato & Bay Of Plenty
Mostly sunny, some high cloud. Southwesterly winds. Winds may tend northerly in the afternoon for the Bay Of Plenty.
Highs: 19-22

Western North Island (including Central North Island)
Mostly sunny with some high cloud, light winds tend to the west in the afternoon.
Highs: 18-21

West Coast
Mostly cloudy about South Westland with a few showers from midday, rain by evening. A mix of sun and cloud further north, cloud thickens in the evening. West to northwesterly winds.
Highs: 16-20