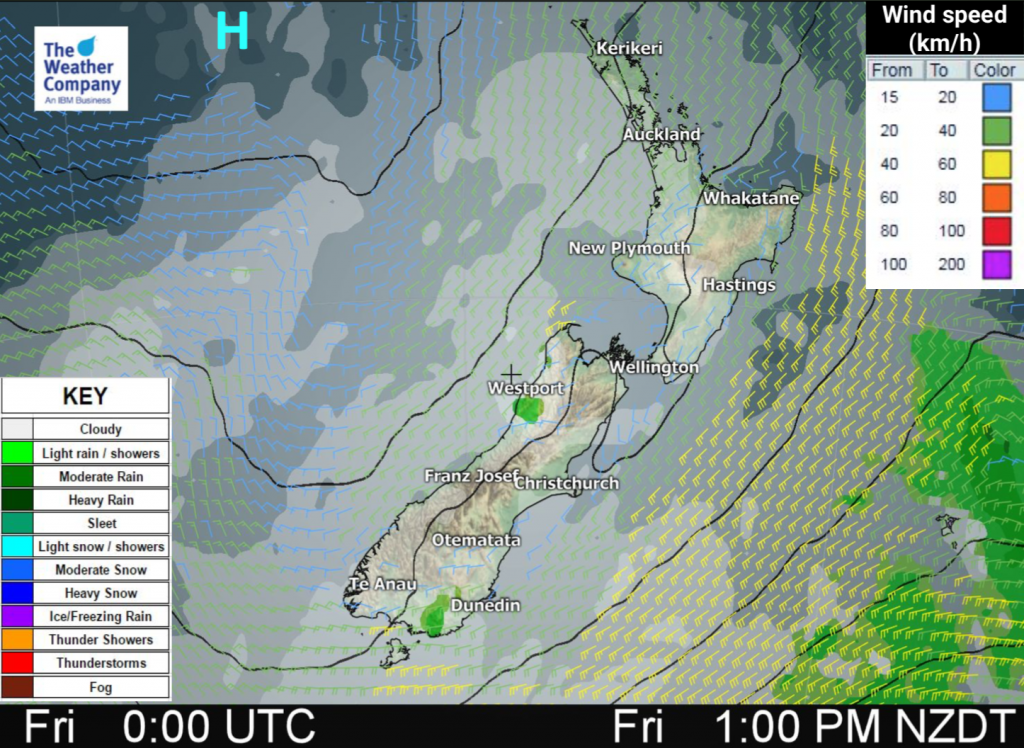 Northland, Auckland, Waikato & Bay Of Plenty
Cloudy areas, may be a shower otherwise mainly dry. The Bay Of Plenty and eastern Northland has a dry day with a mix of sun and cloud. Breezy southwesterly winds.
Highs: 16-19

Southland & Otago
Cloudy areas and occasional sun for Southland, may be a shower or two (mainly morning) otherwise mainly dry. Central Otago has a mix of sun and cloud. West to southwesterly winds, breezy about coastal areas then dying out later in the evening.
Highs: 13-19