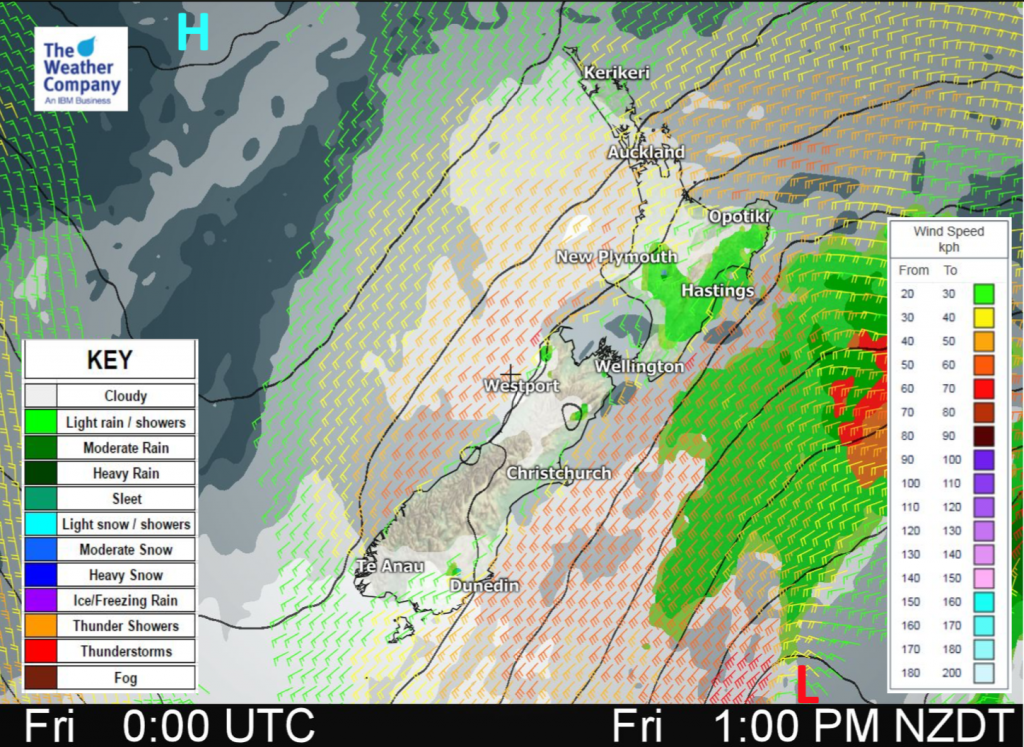 A southwesterly airflow lies over the country today.

Northland, Auckland, Waikato & Bay Of Plenty
Cloudy areas with breezy to brisk southwesterly winds. Sun may break through at times especially about the Bay Of Plenty.
Highs: 15-16

Wellington
Dry at first, risk of a shower from late morning as a fresh southerly change moves in. Some sun breaks through at times.
High: 13-14

Canterbury
Mostly sunny with some high cloud, mid level cloud nearer the coast with a few showers out on Banks Peninsula (clearing evening). Southwesterly winds, brisk about the coast then dying out in the evening.
Highs: 12-13

Southland & Otago
Morning showers clear, sunny areas breaks through from afternoon. Breezy southwesterlies die out in the evening, winds strong about the coast in the morning.
Highs: 12-14