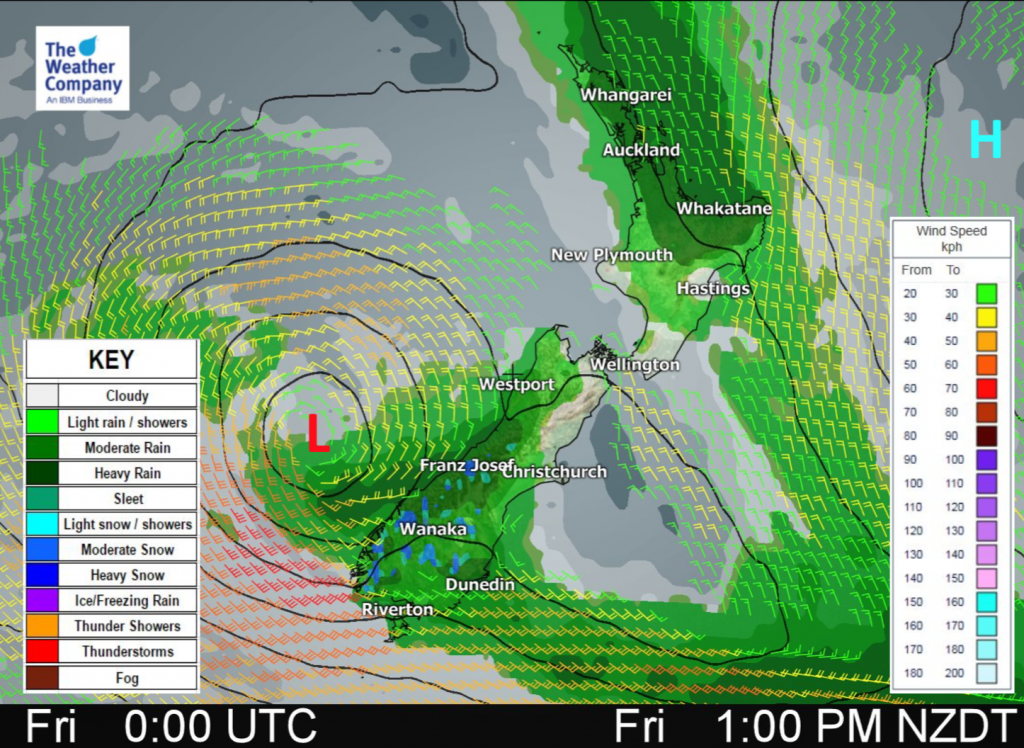 Low pressure centres lie either side of the South Island today bringing wet weather to most regions, staying dry in Marlborough all day. The North Island sees a front push northeastwards over the Island during the day.

Northland, Auckland, Waikato & Bay Of Plenty
Morning rain then the odd shower, clearing at night. Northerlies change light southwest in the evening. The Bay Of Plenty has consistent patchy rain for much of the day.
Highs: 17-19

Western North Island (including Central North Island)
Morning rain eases to the odd shower, clearing in the afternoon as northerlies change northwest. Sun breaks through at times from afternoon.
Highs: 16-18

Southland & Otago
Patchy rain or drizzle, rain may be a little more persistent at times for some areas. Southeasterly winds.
Highs: 8-11