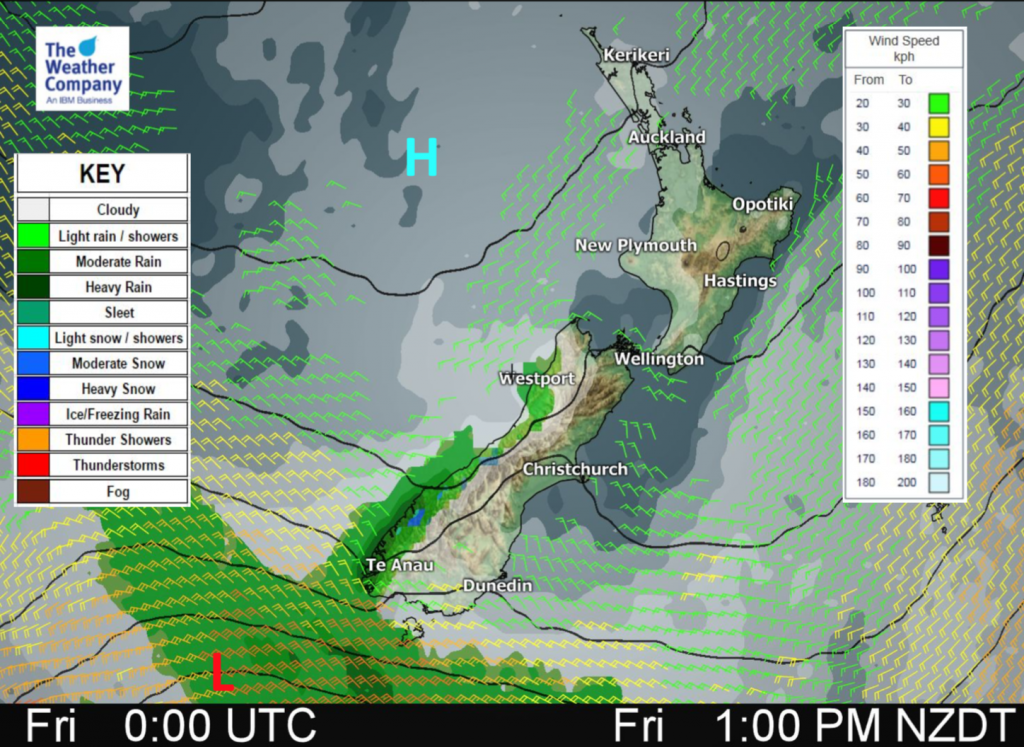 A west to northwesterly airflow slowly builds over New Zealand today with a cold front hitting the lower South Island around midnight.

Northland, Auckland, Waikato & Bay Of Plenty
Some cloud, may be a light shower or two. Dry areas and some sun increasing from afternoon. The Waikato and Bay Of Plenty may become mostly sunny in the afternoon. West to southwesterly winds.
Highs: 15-17

Canterbury
Mostly sunny with some developing high cloud, mainly later in the day. North to northeasterly winds near the coast then northwesterlies about inland areas push through to the coast in the evening.
Highs: 16-18