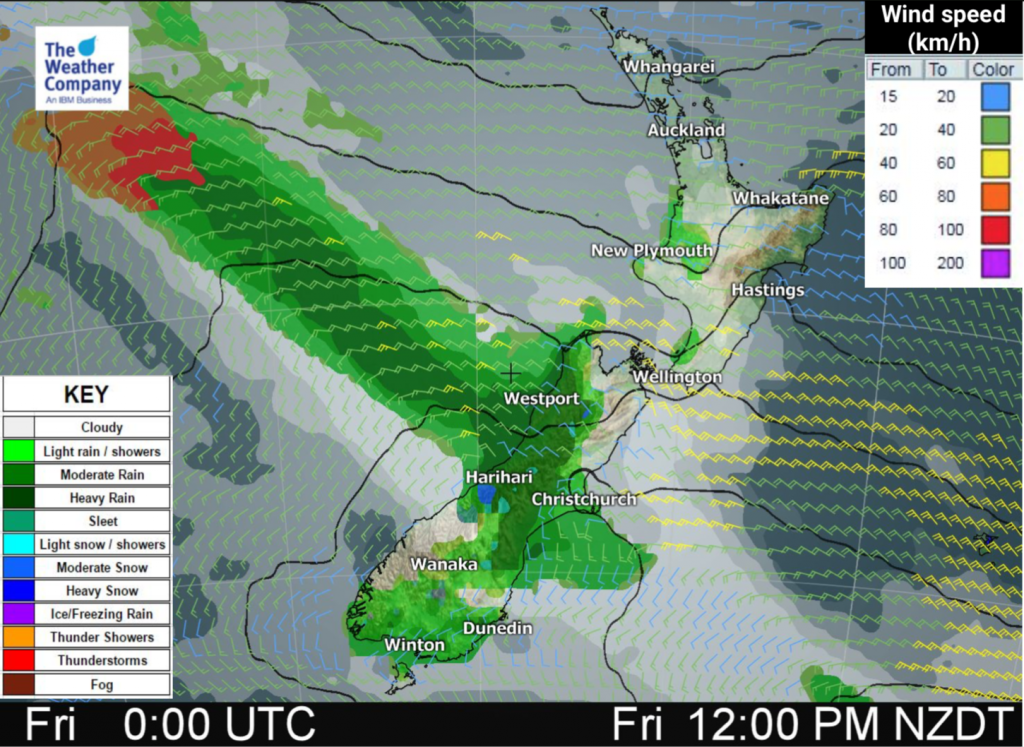 A northwesterly airflow lies over New Zealand today, meanwhile a cold front / southwest change pushes northwards over the South Island during the day.

Northland, Auckland, Waikato & Bay Of Plenty
Sunny spells, chance of a shower from afternoon mainly about Northland and the Waikato (especially in the west). West to northwesterly winds.
Highs: 16-17

Marlborough & Nelson
Plenty of high cloud, a few showers develop about Nelson in the afternoon. Rain moves in later in the evening becoming widespread. North to northwesterly winds.
Highs: 16-18

West Coast
Showers, heavy rain about South Westland spreads into North Westland by midday then easing back to showers in the evening. Northwesterly winds change southwest in the afternoon.
Highs: 11-13

Southland & Otago
Occasional showers for Southland, clearing in the evening. Some sun may break through at times. Otago sees morning rain easing to showers, sun breaks through at times from afternoon. Southwesterlies die out later in the day.
Highs: 10-13