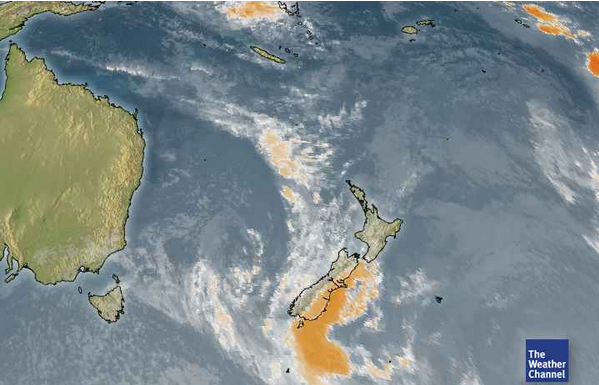 A low pressure system is moving from west to east across the lower South Island, while a front moves off the other end into Cook Strait, making landfall in the north overnight on Friday.

For the South Island, West Coasters can expect more rain, and lots of it for Friday – though it will ease as the day progresses, and peter out as the front moves northwards.
Mid Canterbury will get blown around a little bit by some high winds, especially inland – in fact these will affect all of the east coast of the South Island – right up to and including Wellington, before easing late on Friday.

Cooler temperatures and possible showers are in store for the deep south, with Southland and Otago receiving some wetter and cooler conditions courtesy of that southwesterly change.

Temperatures in the east from Canterbury through to Gisborne will be quite warm in the pre frontal northwest airflow, getting up to 21 to 24 degrees.
24 is more likely about Canterbury with other regions further north in the east only getting into the low 20s. Marlborough could even be a tad lower as some rain spreads from the west as that front moves up the country, rain in Marlborough clears early to mid afternoon with temps getting up to 19 to 20 degrees there.

Auckland doesnâ€™t have much exciting going on, mostly cloudy with the odd spot of rain possible at times from midday, a greater chance of a few showers from evening. Winds from the north and a high of 18 to 19 degrees.