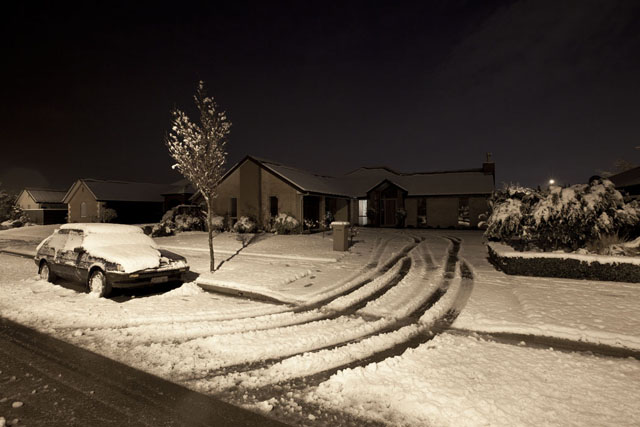 Our large low pressure system stays with us tonight, just east of the North Island. The lower North Island, then southern and eastern South Island areas will cop the main weather features tonight. A chance of snow to sea level by dawn in Canterbury.

Northland, Auckland
Cloudy spells with breezy southwesterlies. The odd shower at times especially mid way through the night and towards dawn.
Lows tonight: 7-8

Bay Of Plenty & Waikato
Mainly clear skies tonight, the Waikato could see a shower this evening however. Southwesterlies.
Lows tonight: 2-5

Hawkes Bay & Gisborne
Mostly cloudy with gusty cool southwesterly winds, chance of the odd showers at times with the odd snow flurry 700 to 800m higher up in the ranges.
Lows tonight: 4-6

Nelson
Clear spells and some cloud with southwesterly breezes. Cloud develops later in the night with showers and snow to 500m by dawn.
Lows tonight: 2-3

Marlborough
Cloudy periods with cold south to southwest winds, rain develops during the night with snow to 400m.
Lows tonight: 1-3

It’s been light winds down here tonight and definitely not from the SE.