Friday cooler for many 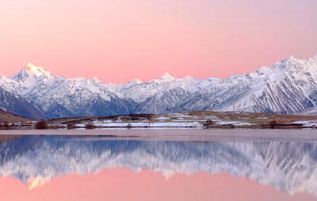 A colder change continues to move northwards affecting many regions today – but will ease in the south across Friday says WeatherWatch.co.nz.

As of 7:25am Christchurch was frosty while Auckland was on 11 degrees and Dunedin on 6.

The Kapiti Coast is hovering around freezing while Wellington has 7 degrees and light winds.

Waikato – an often frosty region in winter – once again remains frost free this morning with most places in double digits already thanks to the windier south west flow.

Those sou’westers continue to bring in showers to western areas of the North Island, including Auckland, but will start to ease today – especially for those well east of the Tasman Sea coastline.

Highs today will be down for most places – although most places will be closer to average today, rather than above average as they’ve been lately for many regions.

Not a cold change,just the usual exponential increase of wind last night changing from west to southwest as it veers.

It always baffles me why I see so many fellow Aucklanders wearing thick duck feather lined jackets when the temperature is reaching 15 – 16 in the middle of the day! I certainly would not consider the showery south westerly fueled weather yesterday a true cold snap. Harden up fellow Aucklanders