Home > News > Freezing Monday for most...

Freezing Monday for most 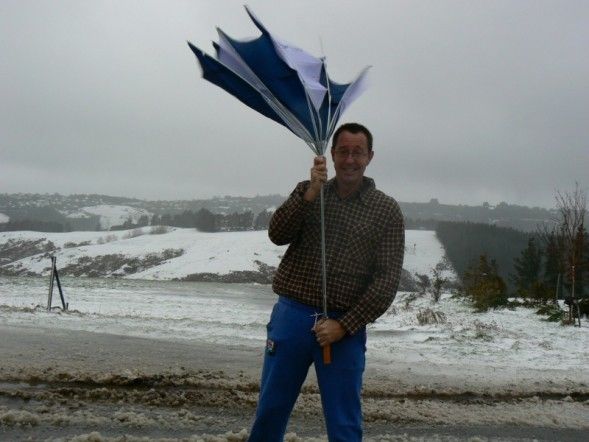 The South Island is either waking up to icy winds and/ or snowy cold this morning as the southerly continues to advance over the nation, seeing temperatures plunge.

Yesterday reports of snow to sea level came in from both coasts of the Mainland and West Coast snowfalls are not a common sight. the nelson region also reported some snow down to near sea level which is a very rare occurrence.

Temperatures plunged yesterday with Gore, Te Anau and Manapouri struggling to stay on the positive side of the ledger and as the front moved up the island, their northern neighbours experienced similar conditions.

The arrival of snow has come smack bang in the middle of the school holidays with many kids excited at the prospect of playing and even toboganning in some cases.

Invercargill saw the first of the snow in the wee small hours of yesterday morning before it spread further inland into inland Southland and the Southern Lakes district. Queenstown saw a good snowfall but motorists struggled in the wintry spell.

Dunedin also received a coating, especially on the hill suburbs and it also saw the closure of SH1 north out of the city at one point.

Oamaru had snow fall to sea level and then it moved into Canterbury with hail, sleet and snow showers last night over most of the province, including Christchurch.

” We haven’t had a cold snowy spell encompassing such a wide area across the South Island in quite some time” says Weather Analyst Richard Green.
” Christchurch has had a drought in recent times in regards to snow but it appears that has been broken and late yesterday afternoon the Port Hills took on a breathtaking look” says RichardGreen.

The biting southerly is continuing its trek up the country and Wellington, Palmerston North, Taupo and Rotorua may see some sleet with the Capital’s highest suburbs possibly seeing some sleety snow.

Northern New Zealand won’t escape the polar outbreak either with hail and squally showers likely and either sleet or snow possibly on the tops of well known range or hill landmarks.

” it took a long time for our winter to get going this year but it seems we’ve now plunged into the depths of winter inside the last 24 hours in the south and it’s a bumpy ride for another 12-36 hours over central and northern parts of New Zealand” according to Mr Green.