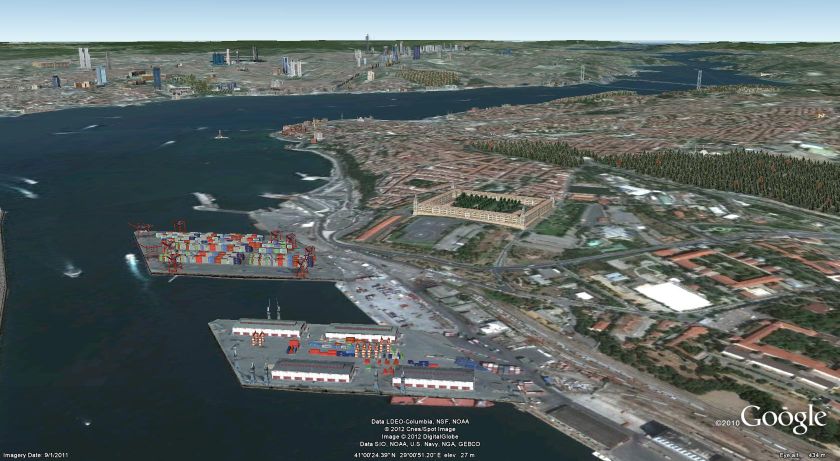 Three of the injured people were in critical condition from the freak storm caused by a strong southwesterly wind known in Turkey as lodos.

The winds — measured at 100 kph — ripped the roofs from some 350 buildings, the Istanbul municipality reported, and downed more than 100 trees.

Fishing boats rushed to the rescue of desperate passengers aboard a yacht that caught fire in the Bosphorus, the strait that divides the densely populated city.

As the wind quickly whipped up flames emerging from the back of the boat into a huge blaze, nervous passengers dressed in business suits clustered around the bow of the vessel.

The Turkish television agency DHA filmed the passengers getting onto fishing boats as the fire engulfed the rest of the yacht. Turkish media said the passengers escaped the dramatic blaze unharmed.

In Istanbul’s posh Nisantasi neighborhood, the gusts ripped down an advertising billboard and sent construction scaffolding crashing down onto the pavement and parked cars.

The storm also wreaked havoc on the set of the aptly named James Bond film “Skyfall.” Turkish media has been reporting daily on the film’s production, which is occupying Eminonu, one of Istanbul’s most congested and historic wharf districts.