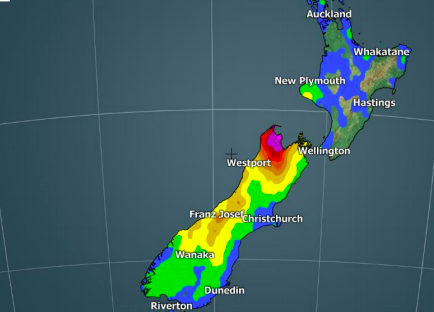 A developed low persists to the west of New Zealand – but it wonâ€™t pass across the country, instead it will move slowly southward until Thursday night and slowly decay there until Friday night, off the west coast of Southland.

Rain spreads mainly over the central and southern part of the western Southern Alps – most other places are dry or may just have a shower or drizzle patch.

Many parts of New Zealand will be cloudy in the days ahead, even if fairly dry.

The band of rain ahead of the Tasman Sea low will bring showers to Northland and Auckland on Thursday then persistent rain to the upper north west corner of the South Island on Friday. 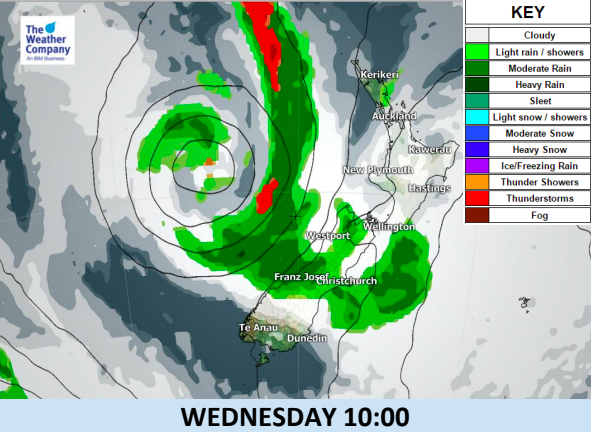 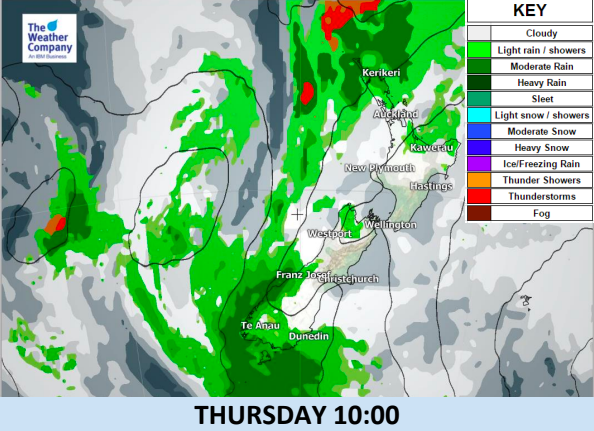 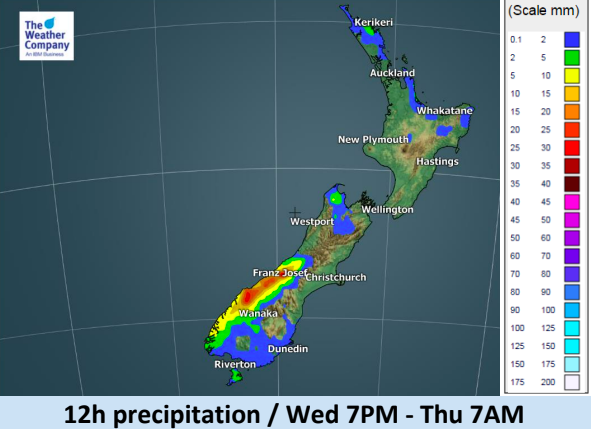 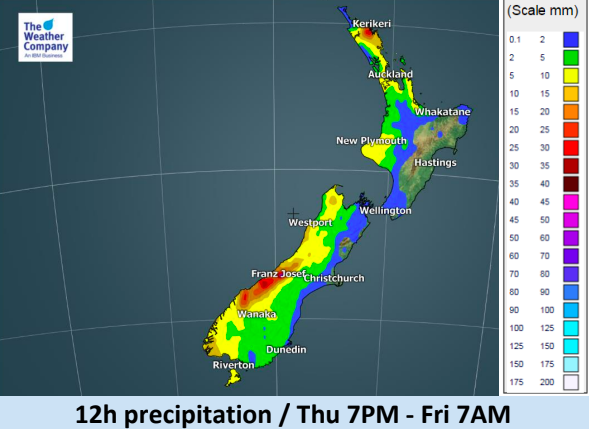 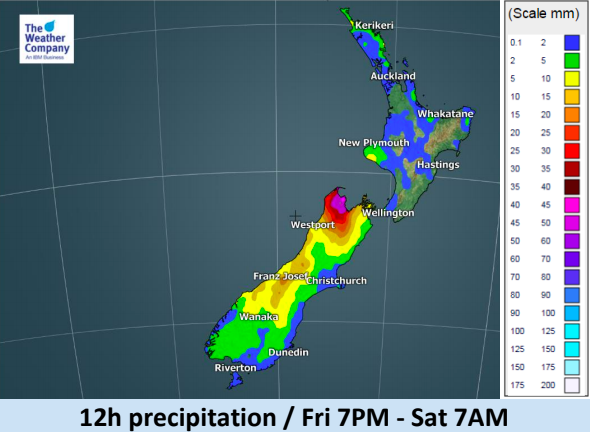