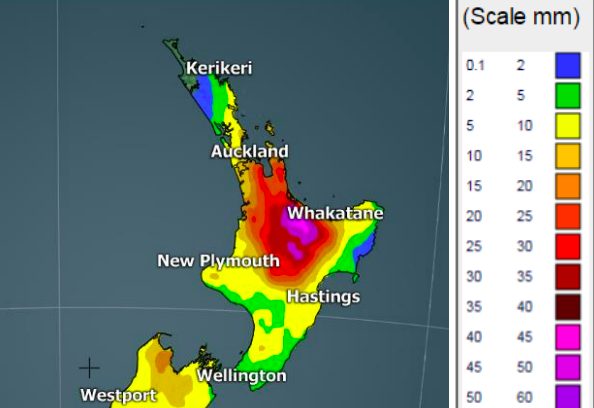 Forget the giant low in the Tasman Sea, the main threat this week to New Zealand comes from a sub-tropical northerly between this low and the blocking high to the east. The result? A burst of very slow moving sub-tropical rain for the Upper North Island starting tonight and not easing until Thursday.

This rain band, while narrow and somewhat connected to the Tasman Sea low, has a mind of its own and will track slowly from the north in to the Upper North Island from tonight, then very slowly eastwards until Thursday. This band of rain is both fed by the large high to the east but also blocked by it, ensuring a slow passage over regions like Bay of Plenty and that leads to a chance of localised flooding. The heaviest bursts of rain will be surrounded by lighter drizzle, so it may be hit and miss.

Daytime temperatures will again significantly warmer than usual in most areas on Tuesday, because of the northerly winds.

The main rainy period in the northern and western North Island and western South Island will begin during Wednesday morning. Thunderstorms may be involved over the North Island because of the warm airflow. The front will stay over the eastern part of the North Island until later on Thursday. Heavy rain accumulation is possible in the Bay of Plenty region and around East Cape and Gisborne too. Coromandel Peninsula and other areas west may also get some heavy downpours overnight and into Wednesday morning. 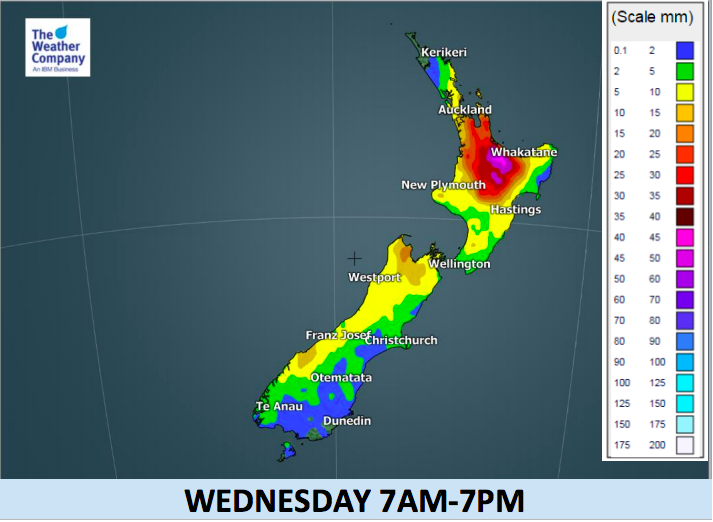 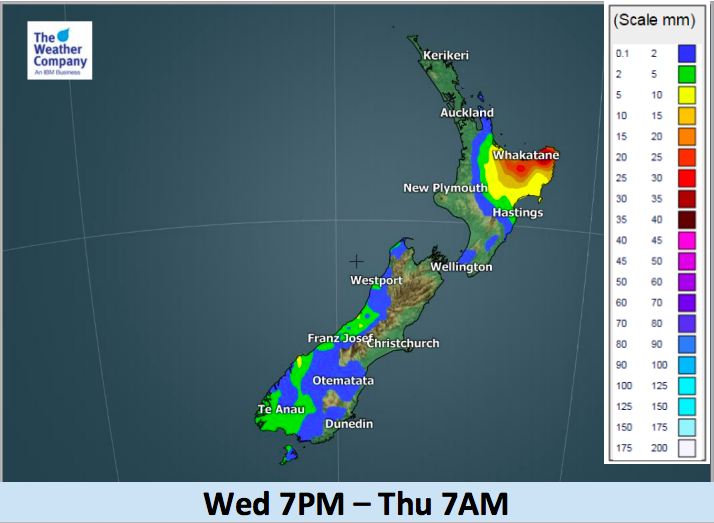 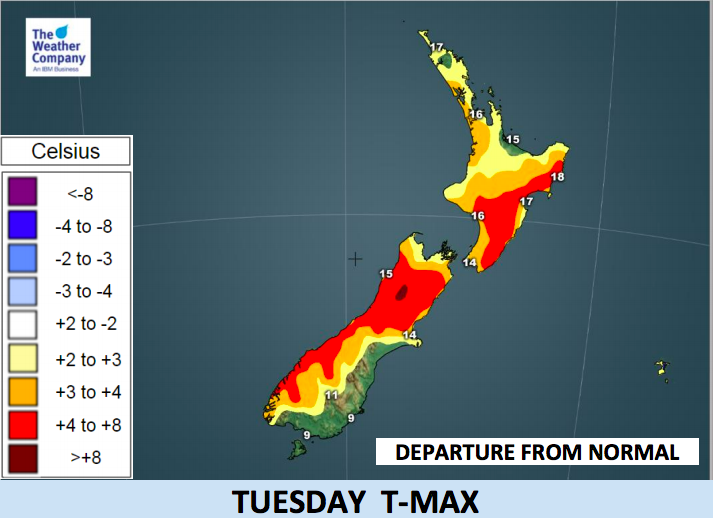 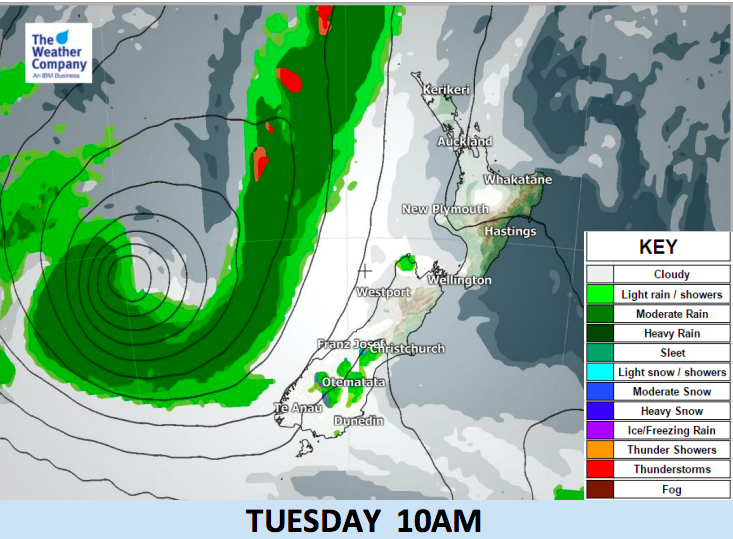 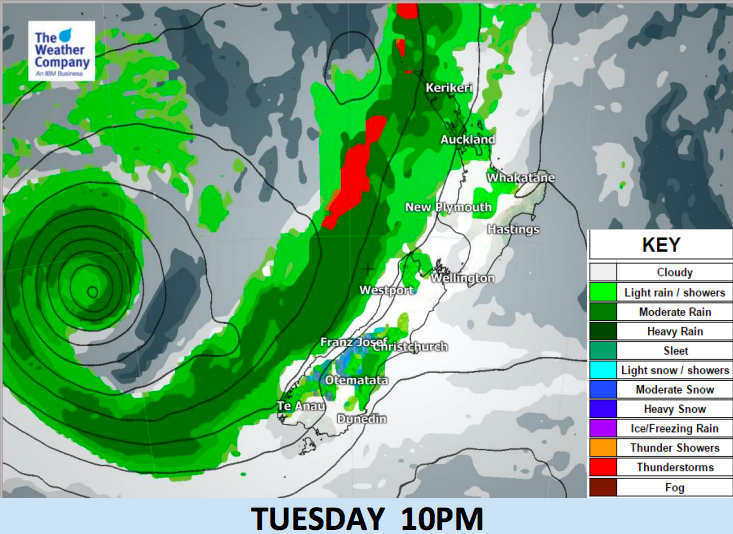 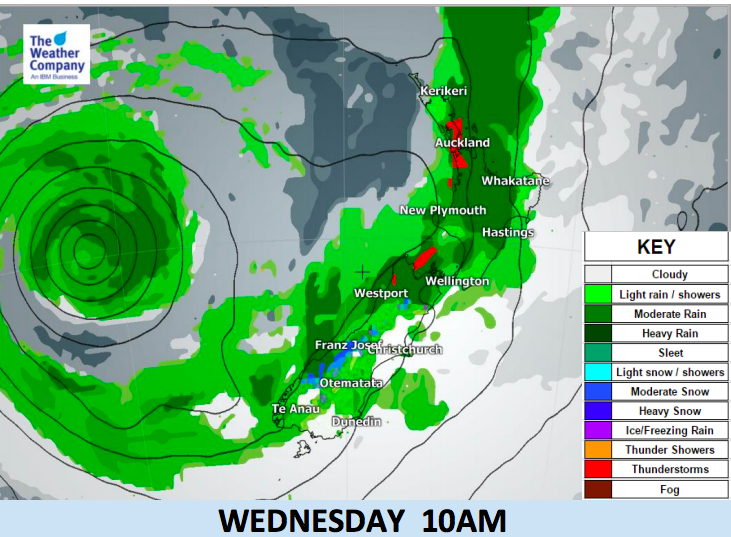 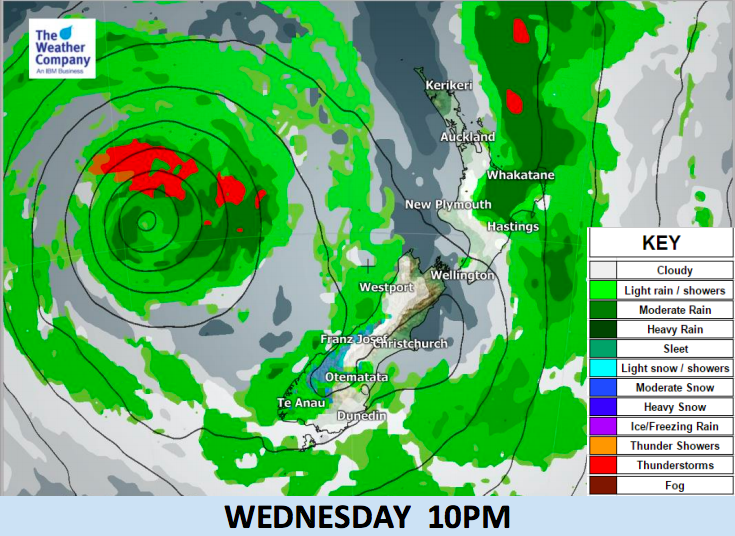