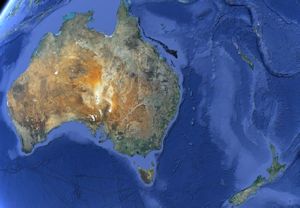 Parts of eastern Tasmania were flooded by persistent rain overnight, leading to flooding but this rain is now clearing, causing the flooding to ease.A severe weather warning for heavy rain has now been cancelled.The biggest falls were in the Lower Derwent to the east of Hobart, where some locations gained more than 100mm.Eaglehawk Neck amassed 156mm, Copping 103mm, Catamaran 92mm and Dunalley 64mm.Eaglehawk Neck, just north of Port Arthur has not had a heavier downpour in 90 years. Its 156mm overnight is also its second highest 24-hour total in 125 years of records. Its highest 24-hour total on record is 190mm, set in June 1923.These massive downpours were very localised due to the small area of high instability.Less than 30km away most Hobart residents would have been unaware of what had happened overnight with the city only picking up less than a millimetre.A low pressure trough had been covering much of the state but a pool of cold air crossed the southeast corner and combined with moist easterly winds to generate the rain. The area of rain was also very slow-moving, making it last several hours and amount to so much, reaching tropical proportions.The pool of cold air has since slipped away further southeast, causing the rain to ease and become confined to the Tasman Peninsula. By 10am the rain had become confined to the Port Arthur area, which picked up 25mm overnight. This rain should clear off the coast by about 11am.Looking at the rest of the day, the trough will linger over the state and generate a few showers during the late morning and afternoon before clearing in the evening. Showers have potential to affect all districts but with the upper atmosphere warming up, they will not be nearly as heavy as they were in the southeast overnight. Generally showers will only bring less than 10mm.