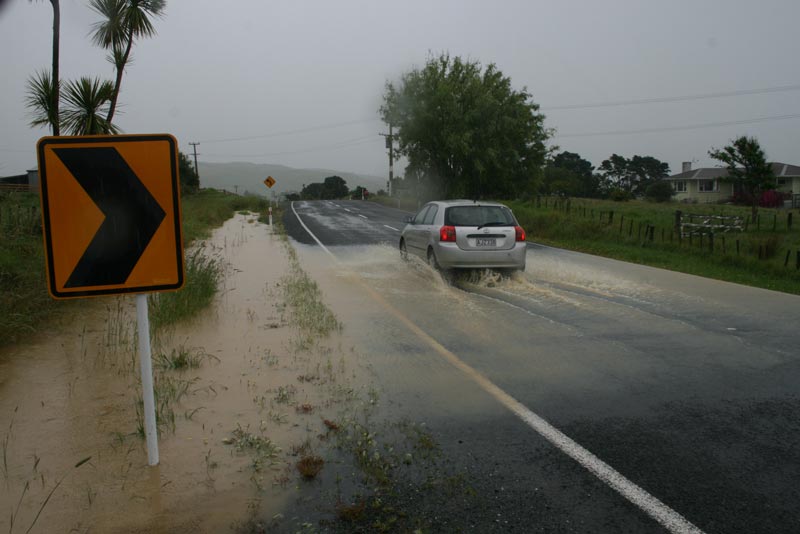 Some parts of the Coromandel Peninsula are still cut off by flooding following torrential downpours over parts of the North Island.

Roading crews were trying to reopen the road but there was not time frame for reopening.

Some areas of State Highway 25a, by Hikuai and Duck Creek, were presently unpassable due to flooding, police said.

Tairua was accessible from the north but not from the south.

Fire Service northern communications centre shift manager Jaron Phillips said the flooding also required one family in Waikawau, northwest of Thames, to abandon their house in waist-deep water. They drove to higher ground to wait for the water to recede.

Several residents of the town of Kuaotunu were also rapped by rising floodwaters. Mr Phillips said firefighters went door to door to ensure residents were OKMeanwhile, Mr Phillips said the Fire Service responded to several weather-related incidents in the Auckland region between 9pm and 4am,

Four homes were flooded in Stanmore Bay on the Whangaparaoa Peninsula, north of metropolitan Auckland, forcing the occupants to evacuate. The basement of another home was flooded and pumped out by firefighters. A garage was also flooded in Torbay on the North Shore.

In Auckland City, a woman became trapped in her car by rising floodwaters underneath a motorway overpass in Ellerslie.

Mr Phillips said the woman was rescued by firefighters and her vehicle towed to safety.

Residents in one Meadowbank house also had the unfortunate experience of having their home flooded by raw sewage “erupting” back through their toilet cistern, Mr Phillips said.

Further east, the entire street of Vida Place in Howick was flooded, while homes and garages were flooded in nearby O’ Halloran Rd and Juliet Ave.