Home > News > Fleas and flies itching to get you...

Fleas and flies itching to get you 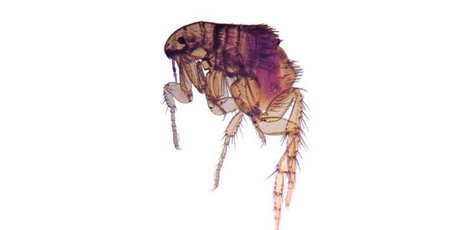 Ticking timebombs of flea larvae could be lurking in deserted homes, waiting to explode from the carpets when homeowners return from their holidays.

Experts warn that fleas and flies thrive in humid weather, undisturbed by human occupation.
“[Fleas are] probably doing quite nicely,” said Auckland Museum entomologist Dr John Early. “The larvae are down on the carpet, eating detritus – like flakes of skin and all the stuff that accumulates in your house.
“When you’re away on holiday, a crop of adults hatch out. You’re not there and they’re hungry. The minute you walk back into the house and sit down, if you’ve got bare feet, you’ll find these things all over your feet and legs.”
Cat and dog owners, he said, should be vigilant about treating animals for fleas.
Steve Norman, from ACF Pest Control, also said flea and fly populations were booming.
However, those bugged by fleas and flies are less likely to be bothered by mosquitoes. Norman said he had received fewer callouts to eradicate mosquitoes than in previous summers.
But the rainy weather of the past few weeks could change that.
Callouts to treat rat, mice and ant infestations have also spiked across greater Auckland, said Rentokil technical manager Maihi Cooper. Fly and cockroach problems were close behind.
Story by NZHerald.co.nz
Photo from Thinkstock/NZHerald.co.nz

So how does one erradicate mosquitos? We have them all year round up here in the Far North. They are very thick at the moment.